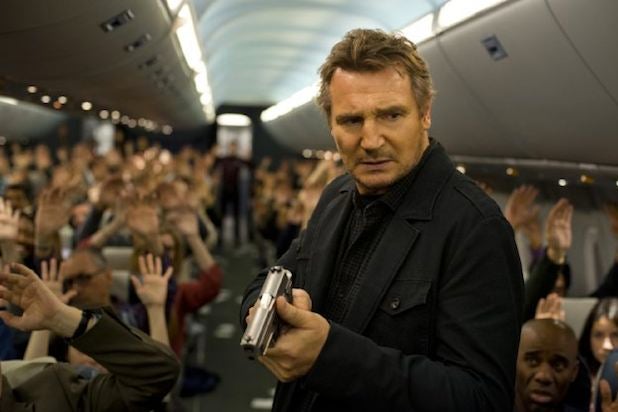 Liam Neeson: For horse-drawn carriages in New York City, against drugs and alcohol.

In a revealing new interview in GQ, the Oscar-nominated actor-turned-action star opens up about several very personal issues, including the substance struggles that he battled over the last 15 years. As he explains to the magazine, he wasn’t much into drugs before a motorcycle accident that nearly took his life led him to a dalliance with painkillers.

“I wasn’t supposed to last the night,” he said, referring to the 2000 crash. “And when they took me to the hospital and gave me morphine, ugh, I thought, ‘This is how I want to go, with a big f-ckin’ jar of this stuff.’ And then when they give you that drip that you give yourself every six minutes… I knew I was hooked, because I was counting those fucking drips, the seconds until I could push that button, and it was instantaneous, that high was.”

He ultimately got over the need for the painkillers, but it left him with a lingering concern over illicit chemicals’ influence on teenagers — especially now that his sons are teens, too.

“There’s a worry nowadays, with every parent I’ve spoken to. It’s f-cking drugs. It’s a virus,” he said. “A teenager can take it and suddenly they can be hooked, and it changes their life and their family’s forever. That’s my constant worry.”

See video: Liam Neeson on ’60 Minutes': Why The ‘Non-Stop’ Star Makes All Those Action Movies

Meanwhile, Neeson, whose rebirth in the “Taken” series has made him a bonafide ass-kicker, is just about off the sauce these days, too.

“I was drinking too much. It started since my wife died,” he admitted. “It was like, so easy to just… Never at work, never would do it like that, but this time of night? Sitting with you, I’d easily have–I’d be on my second bottle. Before we finished, I would have been halfway down a third–and be totally fine! Pinot Noir: That’s all I drink. I was never into spirits or liquor, hard liquor. And I gave up the Guinness years ago, because it just–past an age, it sticks to you, you know?”