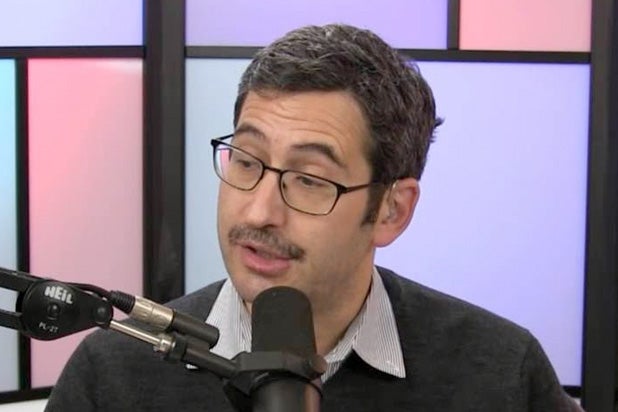 MSNBC’s decision to cut ties with contributor Sam Seder in response to an old tweet sparked a strong response from a lot of well known left-wing Twitter users, who say the network capitulated to a bad-faith smear campaign initiated by alt-right figure Mike Cernovich.

Joining the fray were many notable names, with even MSNBC host Chris Hayes retweeting someone else’s tweet criticizing the move before himself tweeting: “The entire culture and our politics are now dominated by people who have weaponized bad faith and shamelessness.”

At issue is both the joke itself, which critics of MSNBC’s decision insist is at the expense of rape apologists rather than itself a piece of rape apologia, and Cernovich’s involvement. Cernovich is a well known hard-right firebrand who has risen to prominence in the age of Trump, and Liberal Twitter says his campaign against Seder over the tweet was made in bad faith, willfully disregarding the true meaning of the joke.

Here’s Seder’s 2009 tweet, which has been deleted: “Don’t care re Polanski, but I hope if my daughter is ever raped it is by an older truly talented man w/a great sense of mise en scene.” Cernovich claimed the joke was in earnest, but Seder said the joke satirized liberals in Hollywood who made excuses for Roman Polanski, who was convicted for the 1977 sexual assault of a 13-year-old girl.

We’ve reach out to MSNBC for comment on the backlash but have not yet received a response.

Below you’ll find a sampling of the Twitter response to the news that MSNBC was ending its relationship with Seder.

Love to see media outlets treating Cernovich as if he’s a critic with good faith and not a rape apologist who is most noteworthy for spreading a pedophilia conspiracy theory that almost got innocent people shot. https://t.co/p7ss98zvi9

The entire culture and our politics are now dominated by people who have weaponized bad faith and shamelessness.

this is fucking absurd and deeply embarrassing for msnbc https://t.co/2ccpLrc5m2 pic.twitter.com/aN4KLkZZnR

This clearly sardonic 8-yo tweet is an incredibly stupid and cowardly excuse for MSNBC to fire someone, esp since goaded into it by Mr Pizzagate himself. https://t.co/RAaIlHBQjA

Totally disgusting. The alt-right forces @MSNBC to cut ties with @SamSeder over a Polanski joke you'd have to bend over backwards to misinterpret. Don't capitulate to these fascists. https://t.co/YuaS3GFVYS

inability or unwillingness to distinguish between good-faith and bad-faith criticism is a really huge problem in media (and elsewhere) right now https://t.co/E2ZWfhGgnS

Hey @MSNBC you've sucked for a long time but this is a new low. @SamSeder's intent with that old tweet was crystal clear, you know it, but you let yourself be played by rapey Pizzagate promoter @Cernovich anyway. You deserve the slow death you've set up for yourselves. https://t.co/BSe46mUV1b

Not to get all doomsday, but when a rape apologist gets someone fired for making what was clearly a joke *about* rape apologists… we’re doomed. https://t.co/Yhp5GpPczx

This is a case study in how cynics on the right exploit the bottomless appetite of the left for masochistic self-scolding. Bad on MSNBC for capitulating. https://t.co/FGMmchjbOe

hey look it's another bad faith right-wing pressure campaign to get someone fired, and it worked! https://t.co/y9Pa9GisG7