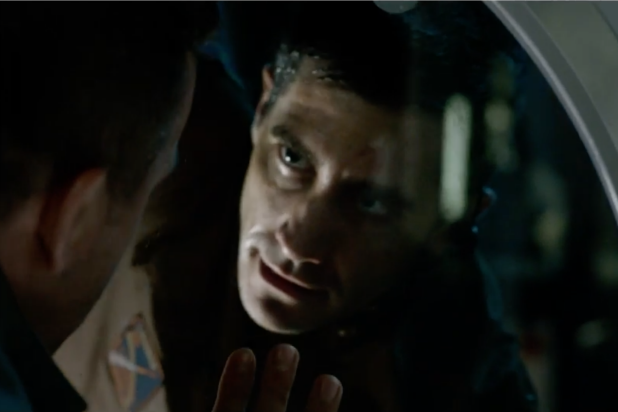 They’re still making “Alien” movies, so if you’re going to create a horror film about people trapped in outer space with a monster, you had better bring something new to the table. And while “Life” doesn’t entirely escape comparison — in space, there’s still no one who can hear you scream — it provides enough chills and tension to stand on its own.

Take the space-station setting which, along with advanced wire-hiding technology, allows director Daniel Espinosa (“Safe House”) to double down on the portrayal of weightlessness, and “Life” exploits this opportunity at every corner for drama (one of the crew members is wheelchair-bound on Earth but unfettered at zero g’s), tension (chase scenes involve people propelling themselves with their hands), and horror (victims get to bleed out in every direction).

At its base, this is a story you’ve heard before: The international scientists in a laboratory far above the stratosphere are thrilled to receive a sampling of Martian soil that contains what appears to be life. British doctor Hugh (Ariyon Bakare, “Rogue One”) finds himself fascinated by the unicellular blob (named “Calvin” in a contest among schoolchildren) that grows and mutates before their eyes, while the Centers for Disease Control’s Miranda (Rebecca Ferguson) finds her enthusiasm tempered by her insistence on strict firewalls and protocols.

Her persnickitiness winds up being valuable, since Calvin very soon grows into something truly terrifying, a floating squid-lizard-flower creature that swims through the weightless air, squeezes into the vents, moves in and out of the space station at will — and starts devouring the hapless humans one by one, as they attempt both to stay alive and to prevent Calvin from ever reaching Earth.

The first 20 pages or so of the screenplay by Rhett Reese and Paul Wernick (“Deadpool”) provide a torrent of techno-jargon that establishes the close quarters of the space station and the scientific work therein. It would have improved “Life” immeasurably if they had also worked in a few lines of dialogue to fill out their characters more.

Apart from Jake Gyllenhaal’s PTSD-suffering physician (he’s spent more than a year in space but is still in no hurry to touch ground), we don’t get much of a sense of who these crew members are before they become Calvin’s lunch. It’s a testament to the cast members (which also include Ryan Reynolds, Olga Dihovichnaya and Hiroyuki Sanada) that they make this much of an impression with such flimsy material.

When it comes to creating tension, however, “Life” fires on all cylinders — cinematographer Seamus McGarvey (“Nocturnal Animals”) makes great use of the claustrophobia-inducing interiors, and editors Mary Jo Markey (“Star Wars: The Force Awakens”) and Frances Parker (“Game of Thrones”) never rely on cheap jump scares, instead tightening the vise of suspense with subtlety and effectiveness. (And the writers, to their credit, don’t bump off the cast in the order you might necessarily expect.)

The sound design of Calvin — he’s silent, but slithery — adds to the creepiness, but there’s a mid-story showdown involving an open airlock that gets too noisy and chaotic, with Jon Ekstrand’s classically inspired score suddenly working itself into too much of a froth.

“Life” never reaches greatness, but it’s solidly good, from its earned scares to a spot-on ending. (Don’t let anyone ruin it for you.) The film’s tight spaces and layered audio will work best on the big screen; see it with someone whose wrist you can grab.