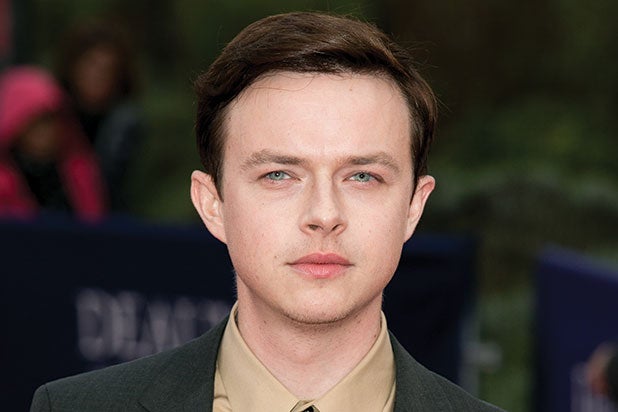 Dane DeHaan stars as the iconic actor James Dean in the upcoming movie, “Life” but revealed to TheWrap that he previously refused to play the brooding 50s star because he found it so intimidating.

“I didn’t want to do it because James Dean has always been one of my favorite actors, and I hold him in such high regard, it was almost like holy material for me,” DeHaan told TheWrap. “It seemed like a really daunting task, but then I started to realize that I was operating out of fear.”

DeHaan will also star in the upcoming sci-fi film “Valerian and the City of a Thousand Planets,” alongside Clive Owen, Cara Delevingne and Rihanna, which he says is a movie unlike anything he’s ever done before.

DeHaan spoke to TheWrap about another real-life person he would like to portray in a film, why he doesn’t want a “Chronicle” sequel to happen, and which upcoming movie fell through for him.

TheWrap: Let’s talk about your upcoming movie, “Life.” Did you ever think you would get to play James Dean?
Dane DeHaan: “I never thought I would be a working actor. I definitely didn’t ever think about playing James Dean in a movie. But I’m certainly grateful that I had that opportunity and I am grateful every day for how my career has turned out.”

What was the most important aspect of Dean to get right?
“I think the most important and hardest was his humanity. Figuring out who he was as a human being. What I love doing is digging deep into a person and figuring out who they are and James Dean is such a complex person to do that with because so many people have so many opinions about him. It became this really interesting process of really digging through all the information and sorting through it, and try to figure out what was fact and what was fiction. The stuff that was undeniably fact, what does that tell me about who he was as a person? That was the hardest part.”

How was it starring opposite Robert Pattinson?
“It was good! He chooses to challenge himself and works with great filmmakers. I probably wouldn’t have had the opportunity to make this film if Rob didn’t want to do it as well.”

Did you audition for the role?
“They reached out to me and I actually kept saying I didn’t want to do it because James Dean has always been one of my favorite actors, and I hold him in such high regard, it was almost like holy material for me. In a way, I had too much of a personal relationship with him. I have had a poster of James Dean on my wall since I was in college. It seemed like a really daunting task, but then I started to realize that I was operating out of fear and that I always do these interviews and say, ‘I want to do the roles that are most challenging or scare me the most.’ When that opportunity actually came along, I was running away from it.”

You and James Franco play a lot of the same characters — is there another character he’s played that you would still want to play?
“I think it’s hard to find a role that James Franco hasn’t played. He makes like 80 movies a year, it’s unbelievable. He is this manic creator that churns out a lot of quality and a large variety of work. I don’t know if there is another role that he played that I would want to do. Maybe I would host the Oscars!

Is there another real person you would like to portray in a film?
“The other person that I think is interesting who people tell me I look like is David Bowie. I see the resemblance if you look at the young Bowie. I think it be really fun.

What can you tell me about ‘Valerian and The City of a Thousand Planets?
“I’ve never made a movie like that. I’ll probably be acting with a lot of tennis balls, which will be a really interesting challenge. There are so many special effects and it all takes place in outer space — I think there are over 2,500 shots just for special effects. I’m really excited to see what that’s like.

What about Karl Rove and the “Young Americans?” That’s obviously a very different role.
“Unfortunately, I don’t think that movie is really going to work out, at least for me. It’s a movie I’ve been really passionate about for a long time, and it looked like it was coming together so many times, but it’s a really difficult movie to find financing for because of the subject matter. In my mind, the movie should’ve already been made because of the timing of the election. I’m sorry to say that that’s no longer on the plate for me. I don’t see any time in my schedule to be able to make that.

What about a “Chronicle” sequel?
“I think honestly one thing that’s so special about it is that it’s so singular. We don’t have to go back and do it again because it was a popular movie. I don’t know if we could recreate that same environment again.”

“Spider-Man” — is there a chance you could play the Green Goblin in the future?
“It’s been radio silence for me in terms of that. It’s clear to me that they’ve moved on. I think it’s way more fun to go make a movie that is new … I don’t want to relive my past, I want to move comfortably towards the future.”