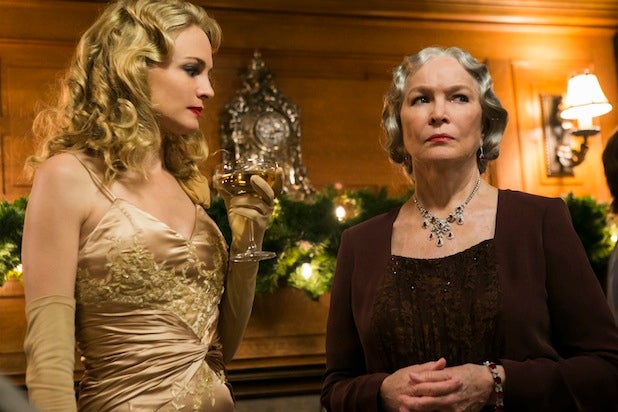 Lifetime has buttoned down two of its stars from its adaptation of V.C. Andrews’ novel “Flowers in the Attic” for its planned sequel.

Heather Graham and Ellen Burstyn will return for “Petals on the Wind,” a network representative told TheWrap.

“Flowers in the Attic” starred Graham as Corrine, who returns to her parents’ home with her four children after her husband dies tragically. The children are then forced to answer to their mother’s sins at the hands of their vengeful and abusive grandmother, Olivia (Burstyn).

Dylan Bruce, who played Corrine’s new lover Bart Winslow, is in talks to return, as well.

As we reported previously, executive producer Michele Weiss told TheWrap that “Mad Men’s” Kiernan Shipka and Mason Dye, who played oldest children Cathy and Chris, won’t be back for the sequel as they’re too young for the roles. “Petals on the Wind” will be set in the 1970s, 10 years after the events of “Flowers,” in the South.

The Jan. 18 airing of “Flowers in the Attic” nabbed 6.1 million total viewers.