A version of this story about Lin-Manuel Miranda first appeared in Nominations Preview issue of TheWrap’s Oscar magazine.

“Hamilton” creator Lin-Manuel Miranda has the chance to become, at age 37, the youngest EGOT winner if he takes the Oscar for one of the three songs entered from Disney’s animated musical about a young Pacific island princess who longs to hit the open sea.

At the same time, your job is to put yourself in the shoes of your character and tell the story, and forget about all of that. And the thing I related to most about the character is this notion of having a voice inside that is slightly different from what the outside world wants you to be. Despite the fact that I was a Puerto Rican kid who grew up in northern Manhattan, my heroes were people like Steven Spielberg and Chuck Jones and Alan Menken. I saw the gulf between my life and theirs, but I couldn’t help but listen to that voice, so I tried to imbue Moana with that.

You sing “We Know the Way” with the Samoan singer Opetaia Foa’i, and it’s one of the songs with the most pronounced Pacific island flavor.
We felt an enormous responsibility to make sure that people from that part of the world could see themselves and recognize themselves, both in the movie we’ve made and the music we’ve written for it. In musical theater terms, all you had was “Bali Hai.”

But we had the great advantage of Opetaia — everything that comes out of him sounds like it’s from that part of the world. Just like you hear New York in my work, you hear the Pacific islands in his work.

If I wrote a song and turned it in and I’d made the mistake of writing the rhythms first, Opetaia would say, “That’s too Caribbean. Definitely from the islands, but not my islands.” So a lot of the time when we’d get together, we’d just get around drums and start vibing until Ope was like, “Yeah, this is the stuff.” 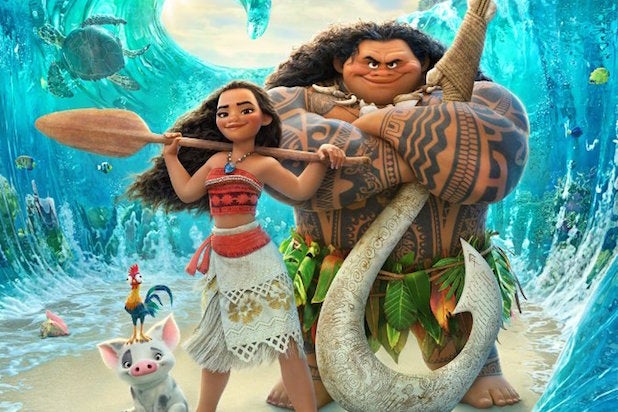 Did you have to go through the famous Disney/Pixar braintrust meetings, where all the other animation directors criticize your work?
Yeah, and it’s a wonderful way to kick the tires on your story. You’re not getting notes from an executive, you’re getting notes from everyone who is working on an animated movie at that time. It’s John Lasseter sitting next to Jen Lee, the director of “Frozen,” sitting next to Pete Docter. And I saw my role as a person who writes musicals, who writes songs to get you from Point A to Point B narratively. I’d raise my hand and say, “You don’t have to write a scene about that. I can do it in two couplets!”

And there’s nothing more fun than a Disney meeting, because you’re encouraged to doodle. At the end of a three-hour meeting, you’ll get five caricatures of yourself.

If you win the Oscar, you’ll beat Robert Lopez to become the youngest EGOT winner ever.
I’ll never beat Robert Lopez. We went to the same high school, Robert Lopez and I. His little brother was in my first musical, and he has been my role model my whole career. We were in the same talent show in elementary school. When I graduated college, he was working on “Avenue Q.” I ended up working with the same producer on my first show, “In the Heights.” While “In the Heights” was happening, he was working on “Book of Mormon.” As I’m working on “Hamilton,” he starts working on “Frozen.” I’m just chasing Bobby Lopez my entire life.

So do you try not to think about things like the EGOT?
No. that way lies ruin and madness. I mean, it crosses your mind afterwards, but it can’t ever enter your mind while you’re working.

You campaigned for Hillary Clinton. In the wake of Donald Trump’s victory, have you changed your view of what you should be doing as an artist?
No. On the contrary. My job is to tell stories. And I’ve never thought of myself as a political writer in any sense, even though “Hamilton” obviously deals in American politics. I always deal with the politics that are inherent to the characters and what they’re going through. It’s impossible to separate the political from the personal.