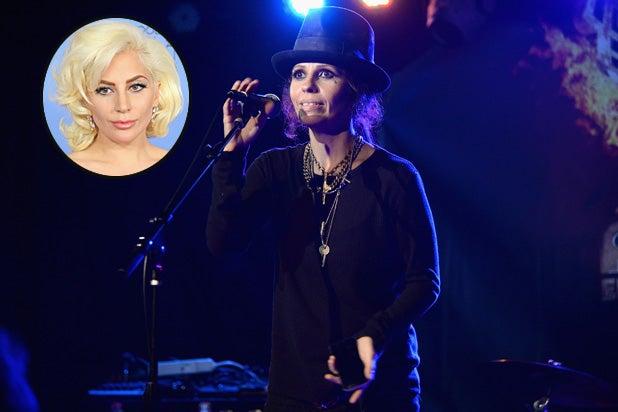 Linda Perry had biting words for Lady Gaga on Monday morning but rescinded her criticism of the singer’s Oscar nomination in an apologetic tweet later in the day.

“My sincere apologies. I made a mistake to comment. I wasn’t in the room when the #TIHTY was being written,” the singer-songwriter wrote on Twitter in the wake of her original rant.

“More importantly, I wish the focus to remain on the great importance of the song and the message of the film,” she continued, referring to the song “Til It Happens to You” from the critically acclaimed documentary “The Hunting Ground.”

Perry’s slice of humble pie was delivered after she posted multiple tweets in which she claimed that Gaga only rewrote one line in the song that was originally written by Diane Warren and featured in the film about college campus rape. Therefore, Perry believed, Gaga doesn’t deserve the recognition.

“The only line that has been changed ‘Till you’re at the end, the end of your rope,’ originally was ‘TIL YOU GOT A HOLE RIPPED IN YOUR SOUL’. So I guess technically one line was changed so sure Gaga possibly ‘rewrote’ a line. But chances are Diane still took part in rewriting that line which means Gaga contributed a few words. Is that writing? Not in my book,” she tweeted.

Earlier on Monday, Warren posted her own response to Perry’s comments, tweeting, “‘Til It Happens To You’ was written for ‘The Hunting Ground,’ an incredibly powerful documentary about sexual assault on college campuses.

“The song is the result of a special collaboration between myself and Lady Gaga. As Lady Gaga and I have consistly said. ‘Til it Happens to You’ was inspired by the countless survivors of abuse who need our support and love so they know they’re not alone,” she added.

Perry, who is best known for being the lead singer and songwriter of 4 Non Blondes, went on on to say that Warren probably used Gaga to promote the song.

“I love Gaga so much respect and love this song that has nothing to do with anything. Why did Gaga get credit?” Perry continued. “Maybe because Diane wanted to ensure her support in promoting the song. Gaga is a very smart business women she knew a song written by Diane Warren would be up for an Oscar … Gaga knows her power.”

Gaga won the Golden Globe Award for Best Actress in a Limited Series or TV Movie on Jan. 10, and “Til It Happens To You” was nominated for an Oscar for Best Original Song four days later.

My sincere apologies. I made a mistake to comment. I wasn't in the room when the #TIHTY was being written.

More importantly, I wish the focus to remain on the great importance of the song and the message of the film.