Is it possible that Lindsay Lohan is sick and tired of being sick and tired? Has she finally had enough of fame-hungry Dad’s noxious antics?

A couple of weeks ago I wrote about Lindsay’s latest trouble with the courts in her disregard for the terms of her probation. I said that time will tell if Lohan is committed to moving beyond court scenes and tabloid fodder to express her full potential as an artist or committed to creating more of the same problems and drama in her life and the lives of those close to her. 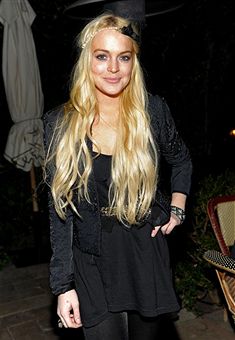 The latest in a series of Lohan headlines, Lindsay Dad leaked a taped phone conversation featuring Lindsay crying about how no one cares about her. Way to go, Dad. Embrace your opportunity for media attention instead of your daughter. Interesting choice. Well, no one cares about you!

Instead of giving the tabloids more to feed upon through her usual tasteless, classless behavior, Lindsay took an unfamiliar, yet long-awaited, U-Turn. Lindsay Lohan mustered up the courage and power she unabashedly delivers as an actor into the most challenging role in her life — day-to-day life — as the talented and famous daughter of Daddy dearest. Elevating herself to the high road Lindsay publicly responded through Twitter:

"My father’s such a loser & those recordings are from years ago. To release personal things is foul enough, but to edit them. I used to think that he needed the book for dummies on learning how to be a father. Haha- he’s needs the book for dummies on HOW TO BE A MAN. Thank you to my fans for all of your support I luv you all so much! And I’m lucky to have great family & friends THAT ARE in my life & are positive influences! So much going on in the world, let’s focus on putting our energy into the RIGHT things … Love you all."

The U-Turn is this: Instead of focusing and spending her energy on the kind of behavior that has been sending her down the path of self-destruction, Lindsay turned herself around and chose to use her energy for what gives her strength instead of what sucks the life energy right out of her. She chose to focus upon what’s working in her life experience instead of what isn’t working. Where she once saw a lack of concern for her well being, she now sees and appreciates the family, friends and fans who love and adore her.

I look forward to see what Lindsay now chooses to do with the celebrity she has earned and as a person who stands powerfully self-focused as a uniquely talented and deserving actor.