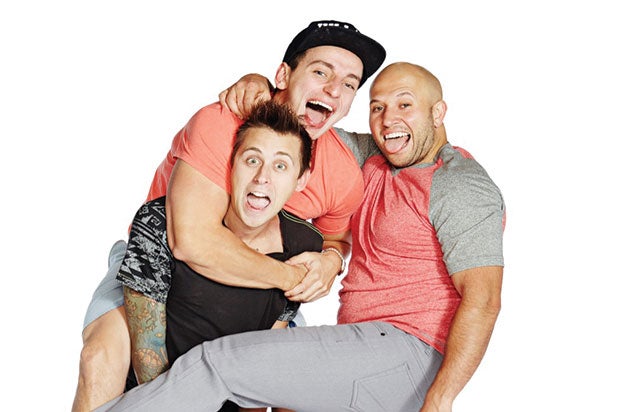 The three YouTube stars collectively have more than 25 million subscribers and more than 3 billion views. Jenna Marbles and Dave England are featured in cameos in the film.

Collective Digital Studio financed and produced the film, which features the three stars executing their most epic pranks and stunts. The film was directed by Atwood and Ben Pluimer.

VitalyzdTV has more than 9 million subscribers while Atwood’s videos boast over 100 million monthly views. The duo is behind two of the most viral pranks in history — Vitaly’s “Gold Digger,” which has almost 44 million views, and Atwood’s “Anniversary Prank Backfires,” with more than 71 million views.

The marketing for the film began when Vitaly rushed the field during the 2014 Men’s World Cup Finals with “Natural Born Pranksters” written across his chest. This prank even garnered the attention of Lebron James.

“We’re excited to bring the kings of prank to a wide audience, and Lionsgate is the perfect partner,”said Gary Binkow, chief content officer, CDS. “Based on our early screenings, we’re extremely optimistic.”

“Natural Born Pranksters” will be released day-and-date in theaters, electronic sell through and video on demand in early 2016.

As part of its growing in-house digital studio, Lionsgate has already announced the development of a film featuring YouTube stars The Janoskians and the acquisition of the digital feature film, “Dirty Thirty,” starring Grace Helbig and Mamrie and Hannah Hart.