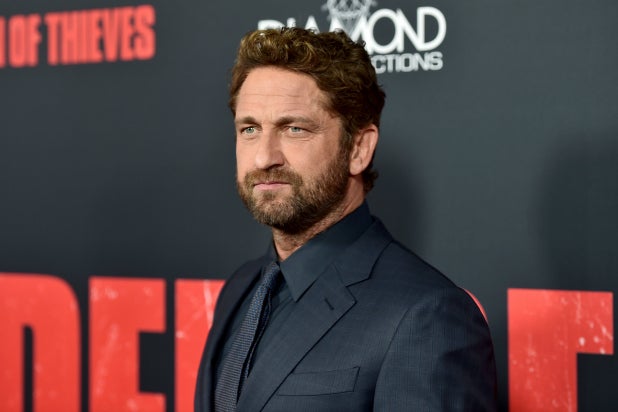 Gerard Butler at the premiere for STX Films' "Den of Thieves" in Los Angeles, California.

Lionsgate has withdrawn from plans to distribute the upcoming Gerard Butler thriller “The Plane” because the producers were unable to obtain production insurance for the film that would cover a COVID-19 outbreak, according to an individual with knowledge of the situation.

Lionsgate had boarded the film a year ago at the American Film Market (AFM), picking up distribution rights for territories that included North America, Latin America, the U.K., and India.

Butler was set to star as commercial pilot Ray Torrance, who after a heroic job of successfully landing his storm-damaged aircraft in a war zone, finds himself caught between the agendas of multiple militias that plan to take the plane and its passengers hostage. As the world’s authorities and media search for the disappeared aircraft, the pilot must rise to the occasion and keep his passengers safe long enough for help to arrive.

MadRiver International, which originally handled the international sales for “The Plane,” and domestic-rights vendor CAA Media Finance are currently out to other distributors that might be able to self-insure the project.

The initial plan was to shoot the film in Malaysia last month, but when COVID cases started spiking in the country, the filmmakers considered shooting instead in the Dominican Republic and here in the United States. Since a location couldn’t be locked down, and the production start was pushed back, Lionsgate decided to withdraw from the project.

As TheWrap previously reported, many Hollywood companies still can’t head back into production on film and TV projects because of one major roadblock: Insurers have made no moves to incorporate pandemic coverage into policies, leaving big studios to self-insure and smaller production companies to seek pricey alternatives — or gamble on shooting without any coverage at all.

Deadline first reported the news about “The Plane.”