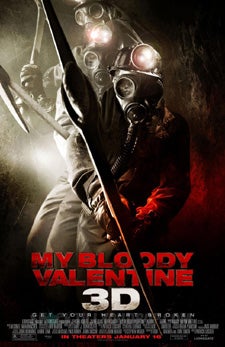 Lionsgate released its first quarter financials on Monday — and it’s back in the black.

Revenue for the mid-major studio increased 30 percent to $387.7 million during the fiscal first quarter. Its net income, $36.3 million, was up some $30 million over the same period last year.

The company attributed the strong performance to increased revenues from its television production, movies — and $27.8 million new revenue from its stake in TV Guide Network and TVGuide.com.

"We saw significant positive developments across nearly all of our businesses,” said Jon Feltheimer, Lionsgate’s CEO and co-chairman.

It was a rebound for Lionsgate, which posted an overall loss during its 2009 fiscal year.

Television production revenue rocketed to $87.2 million in the first quarter, a gain of 112 percent – due, in part, to increased home entertainment revenue from the fifth season Weeds, and strong DVD sales of seasons four and five.

Overall, revenue from its motion picture segment increased 6 percent to $272.7 million. Theatrical revenue, however, fell 26 percent to $22.7 million, as “Crank: High Voltage” was the only notable film released in the quarter.

Lionsgate’s home entertainment revenue was $151.0 million in the quarter, a decline of 6 percent. The company said that “solid” revenues from "Madea Goes to Jail," "My Bloody Valentine 3D" and "Transporter 3" could not match that of "Rambo," along with titles such as "3:10 to Yuma" and "The Eye" from the same period last year.

But Lionsgate’s Mandate Pictures – driven by its "Drag Me to Hell" and "Juno" releases — posted a sharp revenue jump, reporting $53.1 million in the first quarter over $8.5 million the previous year.

Also on Monday, Lionsgate announced that it has reached an multi-year agreement with the Jim Henson Company for the home distribution rights to “Fraggle Rock,” “Emmet Otter’s Jug-Band Christmas” and “The Hoobs.”

Wall Street was satisfied. Lionsgate stock was up 8.2 percent during Monday’s trading to $6.46 per share. Activist investor Carl Icahn owns a 17 percent stake in Lionsgate.