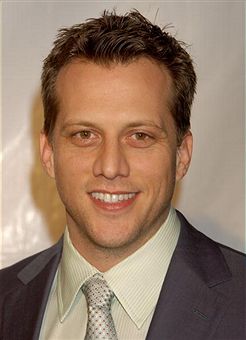 Neil Strauss was an average-looking Rolling Stone reporter before he wrote "The Game," after which he transformed into Style, a master of seduction and one of the world’s most gifted pickup artists. Simply put, his book is a must-read for anyone living in Los Angeles … and now the big-screen adaptation is one step closer to theaters.

Oscar-winning USC grad Ari Sandel (pictured left) is in talks to direct the dating comedy, which is set up at Lionsgate with Spyglass financing and Depth of Field producing, according to Variety. Adam Sztykiel (WB’s upcoming "Due Date") is rewriting Dan Weiss’ script.

Sandel doesn’t strike me as a particularly inspired choice to direct "The Game," but my attachment to the source material may be clouding my better judgment.

"The Game" is like "Sex and the City" for guys. It’s the very definition of wish fulfillment — a relatively geeky guy scores with a ton of beautiful women — and as such, it’s a perfect book. The movie has a chance to be a unique comedy if the filmmakers take the source material seriously, and that means avoiding the unfortunate pitfalls that affected similarly-themed book-to-film adaptations such as Tucker Max’s "I Hope They Serve Beer in Hell" and Toby Young’s "How to Lose Friends & Alienate People," the latter of which had the gall to give its unlikeable protagonist a happy ending he didn’t deserve.

What distinguishes "The Game" and makes it interesting is how Strauss seems to suffer an identity crisis and lose a part of himself over the course of the book, so the toll that the one-night-stand lifestyle takes on him needs to be effectively communicated onscreen for the movie to be more than just another sex comedy, which it’s decidedly not.

The project was originally set up at Sony in 2006 with Michael De Luca producing, but a year later Spyglass acquired the movie rights and hired Weiss to adapt Strauss’ immensely entertaining book, which has since spawned two reality shows.

Sandel previously directed "Vince Vaughn’s Wild West Comedy Show: 30 Days and 30 Nights — Hollywood to the Heartland," and won an Oscar for live-action short for his USC graduate film "West Bank Story" in 2007. Here’s hoping he’s up to the challenge of navigating such tricky material. Now the big question is who he’ll cast as Strauss. Any suggestions?