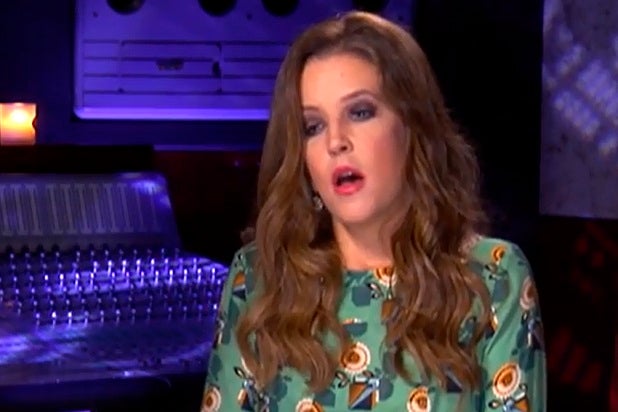 Presley, the daughter of rock legend Elvis Presley — and a serial wife — appears on Friday night’s edition of “Oprah: Where Are They Now?” to discuss why her current marriage works. Presley said there’s a reason her union with guitarist, music producer and director Michael Lockwood has endured, where her others have failed.

“He takes care of everything,” Presley, who had previously been married to Danny Keough, Michael Jackson and Nicolas Cage, said. “He picks the musicians. He gets them ready to tour. That’s how we met, so we kind of knew each other that way and fell in love — you know, by just working together. I’m just amazed at how much he takes on and how much he deals with and handles.”

Presley added that the pair brings their young twin daughters, Harper Vivienne Ann and Finley Aaron Love, on tour with them, which adds to the workload.

“Because we have to do … you know, we bring the babies with us and it’s always … there’s always a lot going on, so he is incredible. We’ve been together for 10 years now, and it’s been … it’s been pretty outstanding.”

“Oprah: Where Are They Now” airs Friday at 9 p.m. ET/PT. Until then, let Lisa Marie Presley break it all down for you in the video below: