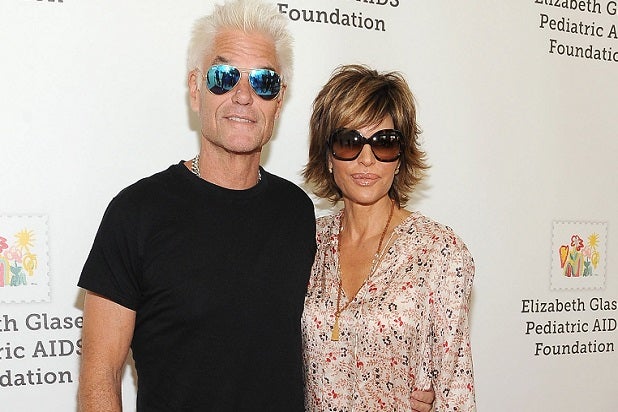 How could you not see the outrage coming, Lisa Rinna and Harry Hamlin?

The “Real Housewives of Beverly Hills” cast member and her actor husband have gone into apology mode, after causing outrage with their Halloween costumes, which included a swastika.

Dressed as iconic, ill-fated punk-rock couple Sid Vicious and Nancy Spungen, Hamlin wore a shirt emblazoned with the Nazi symbol as part of his costume.

Rinna issued an apology for the couple via Instagram on Monday, penning a mea culpa accompanied by a photo bearing the phrase, “I’m sorry.”

“[W]e were being authentic to the characters of Sid and Nancy for our Halloween costumes,” Rinna wrote. ” It hurt and angered many of you and we are deeply sorry for that. That was never our intention. We did not mean to offend. With love, Lisa and Harry.”

Vicious, the bass player of the Sex Pistols, was sometimes photographed wearing a shirt bearing a Swastika.

If I hurt you ️ we were being authentic to the characters of Sid and Nancy for our Halloween costumes. It hurt and angered many of you and we are deeply sorry for that. That was never our intention. We did not mean to offend. With love, Lisa and Harry.

The apology failed to sway a number of Instagram users, one of whom commented, “Halloween is not a free pass to not use your sense, there are still many generations alive who were effected in a really bad way by those who wore that symbol. Many American soldiers were killed in combat trying to rid the evils of that symbol. I’m not wishing Lisa and Harry any ill will, I’m just disappointed that they felt it was okay and in good fun.”