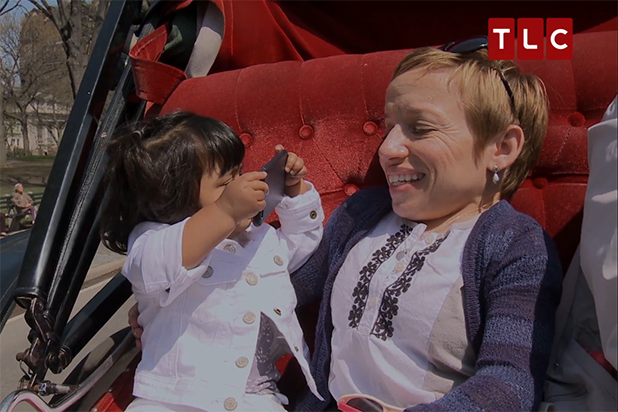 Bill and Jen take the kids to New York City for a few days in this week’s episode of “The Little Couple” on TLC.

In a new clip from the reality show about dwarf parents, Bill and Jen take Zoey and Will to meet up with Bill’s parents for a carriage ride around Central Park. Zoey spends the ride taking pictures on her mother’s phone, while Will marvels at the sights of the Big Apple.

The Klein family makes the trip to the city because both Jen and Bill both have appointments with the orthopedic surgeon who operated on Bill’s spine. Bill is there for a 6-month follow-up, and Jen is concerned that she might also need surgery because her neck has been giving her problems. The couple also heads to Simon and Schuster to meet with the publishers of their new book, “Life Is Short (No Pun Intended.)”

“The Little Couple” follows Bill and Jen Klein as they move through life with Achondroplasia. Since its premiere in 2009, the show has documented everything from Jen’s cancer diagnosis to the duo’s marriage and the adoption of their two children.