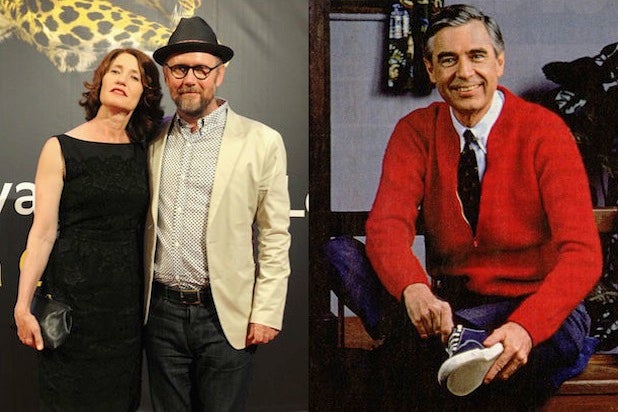 “Little Miss Sunshine” directors Jonathan Dayton and Valerie Faris have found their next project — an adaptation of Tim Madigan’s memoir “I’m Proud of You” that will be financed by Peter Saraf and Marc Turtletaub’s Big Beach Films, TheWrap has learned.

“I’m Proud of You” follows a jaded and distracted husband and father whose life changes when he meets Mister Rogers.

Saraf and Turtletaub, who worked with Dayton and Faris on “Little Miss Sunshine,” will produce with Youree Henley (“The Bling Ring”). Micah Fitzerman-Blue and Noah Harpster wrote the script.

Dayton and Faris made their feature directorial debut with “Little Miss Sunshine,” which won two Oscars and was nominated for two more, in addition to grossing $100 million worldwide. The duo most recently directed Paul Dano and Zoe Kazan in the charming romantic comedy “Ruby Sparks.” They’re repped by UTA.

Big Beach Films recently produced and financed “The Kings of Summer” and “Safety Not Guaranteed.”