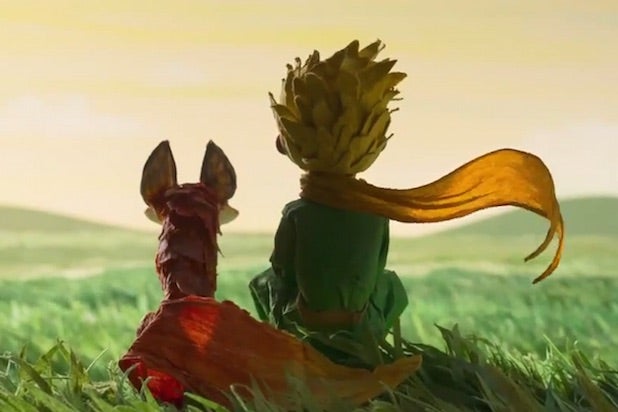 The new animated version of the classic story “The Little Prince” will be the opening-night film at the 2016 Santa Barbara International Film Festival, organizers announced on Monday.

“The Little Prince” takes elements from the original book by Antoine de Saint-Exupéry and uses them in an original narrative by Irena Brignull and Bob Persichetti about a little girl who develops a friendship with an elderly neighbor as a way of escaping from the rigorous life of studying that her mother has meticulously mapped out for her.

“Saint-Exupéry’s novel is one of the most beloved works of the 20th century,” SBIFF Executive Director Roger Durling said in a statement. “What Mark has done with this story is extraordinary and moving.”

“The Little Prince” will screen at the Arlington Theatre on Wednesday, Feb. 3 to kick off the festival, which runs through Feb. 13 in the coastal town north of Los Angeles.

The festival has a number of educational programs and film series aimed at young viewers. It will also present tributes to a number of awards contenders, including Brie Larson, Saoirse Ronan, Paul Dano, Johnny Depp and the cast of “Spotlight.”