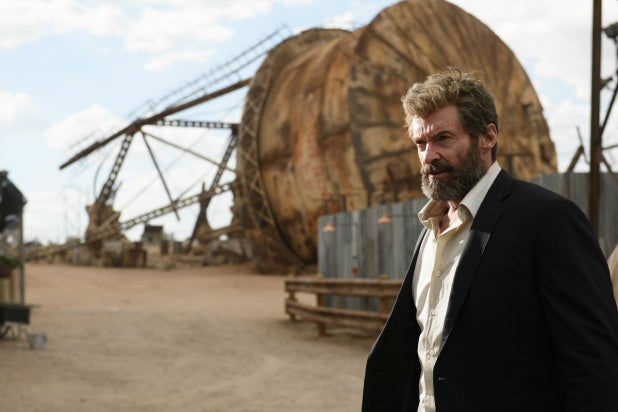 Heading into the weekend, tracking had suggested the third standalone “Wolverine” film will earn around $80 million its opening weekend, a great number for a March release. The first film in the franchise, “X-Men Origins: Wolverine,” grossed $85 million when it opened in 2009, and its sequel earned $53 million in 2013.

“Logan” takes place in a not-too-distant future where Wolverine and Professor X are among the very few mutants who have survived extermination. Logan works as a limo driver in New Mexico to take care of Xavier, who has fallen into severe dementia. He has no interest in being a hero anymore, but that changes when he encounters Laura (Dafne Keen), a young mutant clone who shares his DNA. At Xavier’s urging, the clawed mutant risks everything to take Laura to the Canadian border to escape the clutches of unethical mutant researchers.

“Logan” marks the start of a very busy March for movie theaters, as studios unload their heavyweights now that the Oscars are behind us. The tentpoles will be coming in week by week. “Logan” is followed later this month by Legendary’s “Kong: Skull Island” and “Power Rangers,” Disney’s “Beauty and the Beast,” and Paramount’s “Ghost In The Shell.”

Also Read: 'Logan' Fans Lose It in Early Reactions: 'That's How You Should Make X-Men Movies'

Review for “Logan” have been stellar — the film has a “fresh” rating of 93 percent on Rotten Tomatoes.

The faith-based film stars Sam Worthington as a grieving father who receives a surprise visit from God (Octavia Spencer and Graham Greene) after the murder of his daughter. The film, directed by Stuart Hazeldine and produced by Gil Netter and Brad Cummings, is projected to make $10-12 million and finish third behind “Logan” and “Get Out,” which is in its second weekend.

Reviews for “The Shack” haven’t been that great — currently, it holds a score of 17 percent on Rotten Tomatoes.

“Get Out” earned a whopping $33.4 million its opening weekend, although analysts had expected a return in the high-teens.

Open Road Films is also releasing “Before I Fall” this weekend.

It stars Zoey Deutch as a high school senior who discovers that she is dead and is currently experiencing her last day alive on an endless loop. The film is directed by Ry Russo-Young and produced by Matthew Kaplan, Brian Robbins and Jonathan Shestack. It is projected to make $7 million this weekend.