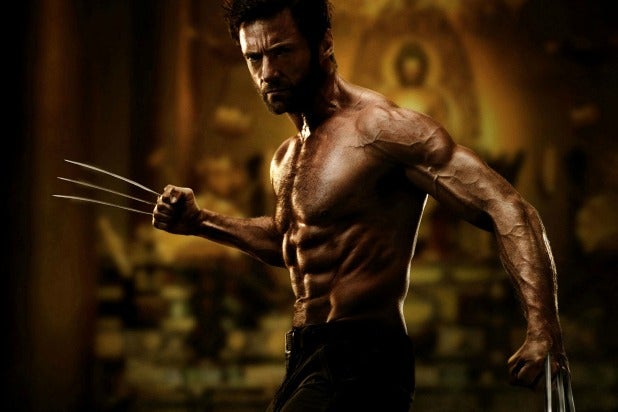 “Logan” director James Mangold has revealed yet another image of Wolverine, this time showing that while Hugh Jackman‘s character is older, he’s still plenty ripped.

Mangold has been tweeting out black and white images of the production, of which the final title and several plot details were recently revealed, along with the first trailer. Last week, fans got a closer look at Logan’s aged face, appearing significantly older than it was in previous “X-Men” movies.

“Logan” will take place in the year 2024, and will be the darkest entry yet in Fox’s blockbuster franchise.

Old Man Logan is in full effect. He looks bad, and drinks a lot. For work, he drives a 2024 Chrysler 300 limo that’s modified in the front to look more futuristic. He’s sick, his powers are fading, and he heals much more slowly — sometimes not at all.

Jackman first played the character in 2000’s “X-Men” and reprised the role in subsequent sequels, as well as standalone films “X-Men Origins: Wolverine” and “The Wolverine.”

The third Wolverine movie also stars Patrick Stewart, Boyd Holbrook, Richard E. Grant, Stephen Merchant, Eriq La Salle and Elise Neal — some of whom were also featured in teaser images from Mangold on Twitter in the past couple of weeks.

See the new photo below.