Unless you work in a bank or the courthouse, chances are you're reading this at work on Columbus Day Monday. Many of the town’s boldfacers still treated it like a three-day weekend and hit the town for a full slate of events. 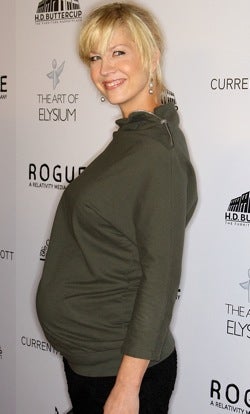 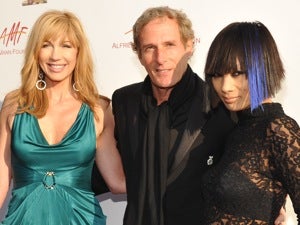 d. (Full disclosure: I briefly worked with the foundation to host a table of event/media colleagues at the dinner.) Amex black cards were flying --  $50,000 donations for a 2010 Escalade Hybrid and $100,000 to sponsor ear implants that can give hearing to the deaf were amongst the 32 big ticket items.
Allen, the only woman to a 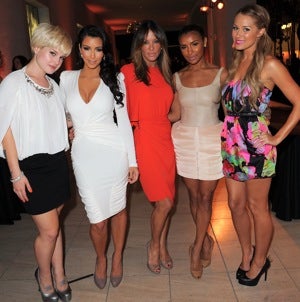 ppear in all three editions of the “Fame” franchise, treated the deep pockets to a live performance by Michael Bolton and Cirque du Soleil at the Santa Monica airport. (Leeza Gibbons and Bai Ling sandwich the “When a Man Loves a Woman” singer above; Jon Sciulli Berliner/BeImages.)
Meanwhile, up in Westwood at the Hammer Museum, the town continued to treat Sunday night as if the the industry actually observed Columbus Day. Kelly Osbourne, Kim Kardashian, Robin Antin, Melody Thornton and Lauren Conrad (pictured at left; WireImage) were all out to celebrate a stylish night at Hollywood Life magazine’s “Hollywood Style Awards” sponsored by EXPRESS, Sebastian Professional and Dawn. Zachary Quinto presented an award to his “Heroes” co-star Hayden Panettierre, though neither did promos for their similarly ratings-challenged Monday night show.