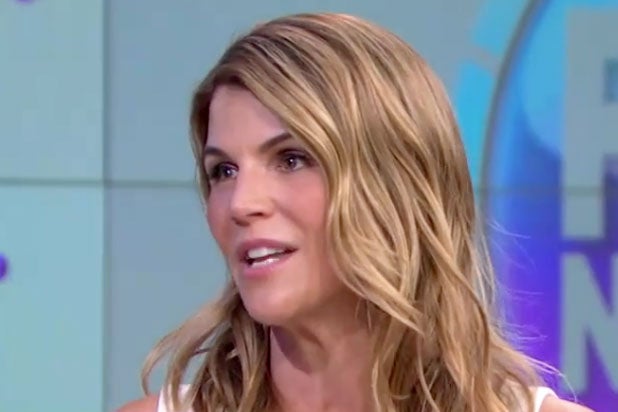 Lori Loughlin has officially been added to the cast of Netflix’s “Fuller House” reboot, the actress confirmed on Thursday.

“Officially I’m going to be part of the reboot, or spinoff, of ‘Fuller House,'” she said during an appearance on “Good Morning America.”

“I’m very excited. It’s going to be really great to be back with the whole cast … We are going to help Candace and Jodie and Andrea spin off the new show “Fuller House,” so we’ll come back and do the first episode, and maybe throughout the season we will pop up here and there.”

Also Read: 'Full House' Star Lori Loughlin Reveals Reboot Dealmaking Drama: 'They Only Made Deals With Half the Cast'

Loughlin had previously expressed hopes of being on the show. As TheWrap previously reported, when Andy Cohen asked whether she would be part of the reboot during an appearance last month on Bravo’s “Watch What Happens Live,” the actress responded, “I certainly hope so, yes.”

On Apr. 20, Netflix announced that it had placed a 13-episode order for the spinoff.

Other confirmed “Fuller House” cast members include Candace Cameron Bure as D.J., Jodie Sweetin as middle sister Stephanie and Andrea Barber, who played Kimmy Gibbler. John Stamos is set to produce while at the same time reprising his role as Uncle Jesse in a guest role. Dave Coulier will also return as Uncle Joey. It is still unclear whether Bob Saget will return as Danny Tanner.

After much speculation, Mary-Kate and Ashley Olsen, who both played Michelle Tanner, will not be returning.

The original “Full House” sitcom ran from 1987 to 1995, broadcasting 192 episodes on ABC. The spinoff “Fuller House” will focus more on the grown-up D.J. Tanner, recently widowed and living in San Francisco. Pregnant and with two boys, she enlists her younger sister Stephanie and her best friend Kimmy to help raise the kids.

Jeff Franklin, the creator of the original show, will serve as writer, with Kelly Sandefur as producer and Robert L. Boyett as executive producer alongside Franklin.