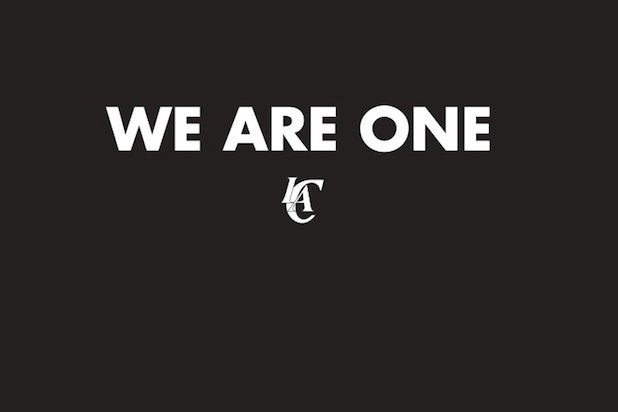 Moments after NBA commissioner Adam Silver announced on Tuesday that Los Angeles Clippers owner Donald Sterling would be banned from the league for life, the entire content of the team’s entire website was replaced with the message, “We are one.”

The decision — reminiscent of the simple tribute that Apple posted to co-founder Steve Jobs posted on the day of this death — was a declaration of team unity in the midst of an internal crisis.

Sterling was recorded telling his girlfriend didn’t want her to bring black people to Clippers games (among other things). The audio was leaked Saturday, his 80th birthday.

Sterling will be fined $2.5 million dollars by the league, which will also recommended to the Board of Governors that Sterling be forced to sell the team, currently in the NBA Playoffs.

The team could have used its site to promote its strong season and upcoming games — but opted instead to make a statement.

On Monday, Clippers coach Doc Rivers expressed disappointment in Sterling, but asked for fans of the team to continue to support the players.