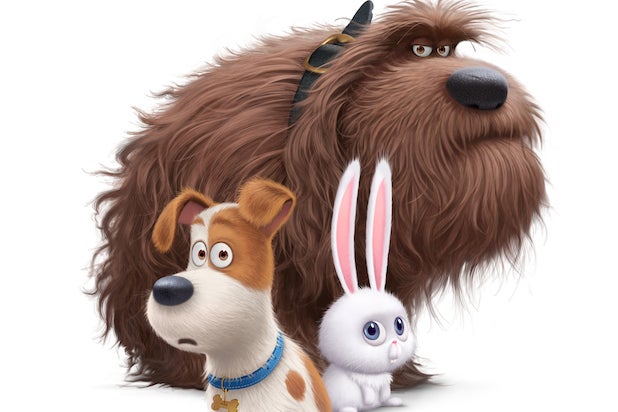 Universal Pictures and Illumination Entertainment have announced that Louis C.K., Eric Stonestreet and Kevin Hart will voice the lead characters in “The Untitled Pets Project,” which marks the companies’  fifth fully-animated feature-film collaboration.

All three actors will make their animated movie debuts in the 3D comedy adventure, which Universal will release on Feb. 12, 2016.

Illumination founder and CEO Chris Meledandri and his longtime collaborator Janet Healy will produce the film, which will be directed by Chris Renaud (“Despicable Me”), co-directed by Yarrow Cheney and written by Cinco Paul and Ken Daurio.

The story takes place in a Manhattan apartment building, where the top dog, Max (Louis C.K.), has his life upended after his owner brings home sloppy mongrel Duke (Stonestreet). They have to unite against a cunning bunny named Snowball (Hart), who’s building an army of abandoned pets to turn the tables on humanity.

Stonestreet currently stars as Cam on ABC’s flagship comedy “Modern Family” and will soon be seen in the thriller “The Loft.” He’s repped by ICM Partners and Thruline Entertainment.

Hart, who just signed on to lend his voice to DreamWorks Animation’s “Captain Underpants,” currently stars in the record-breaking comedy “Ride Along.” He also has “About Last Night” and “Think Like a Man Too” on the horizon. He’s repped by UTA and 3 Arts Entertainment.