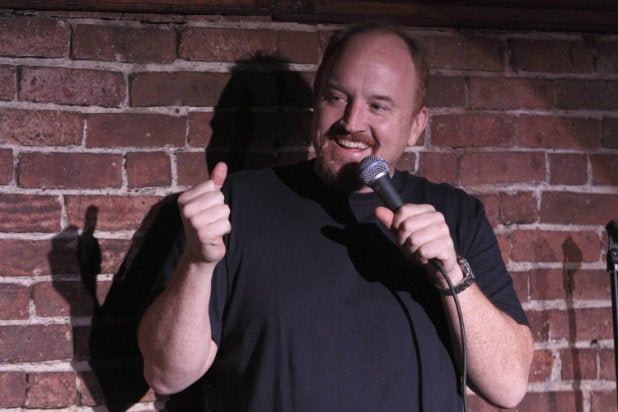 After his jokes about the Parkland school shooting survivors prompted backlash last December, Louis CK is clamping down on cellphones and recording devices being used at his stand-up shows.

On the website for the Acme Comedy Company in Minneapolis, which is hosting Louis CK for four sold out shows this week, the venue outlines a cellphone policy requiring attendees to lock their phones, smart watches and other recording devices in locked Yondr bags for the duration of the show.

And if the audience wants to tweet about any of the jokes the comedian makes, that’s banned too.

“Louis CK owns all rights in the content and materials, including any jokes and sketches (the “Materials”), delivered during his performance,” the site reads. “The Materials may not be copied, translated, transmitted, displayed, distributed, or reproduced verbatim (the “Use”), in whole or in part, in any form, media, or technology now known or later developed, without the express prior written consent of Louis CK.”

Louis CK’s career reversal began during the launch of the #MeToo movement in 2017, when he was accused of sexual misconduct by five women in The New York Times. Hours after Louis CK acknowledged the accusations were true, he lost representation from his manager and agency, FX Networks severed its production deal with his company and he was also removed from the leading voice role in Universal’s “The Secret Life of Pets 2.”

Also Read: Parkland Survivor Offers to Talk to Louis CK: 'Just Try to Keep It in Your Pants'

In December, the comedian attempted to make a comeback with a series of New York stand-up shows, but that also led to problems when segments of his set were leaked on Twitter.

The leak contained audio clips of the comedian mocking younger trans and nonbinary people for using gender-neutral pronouns and survivors of the Parkland school shooting.

Reps for Louis CK did not immediately respond to TheWrap’s requests for comment.