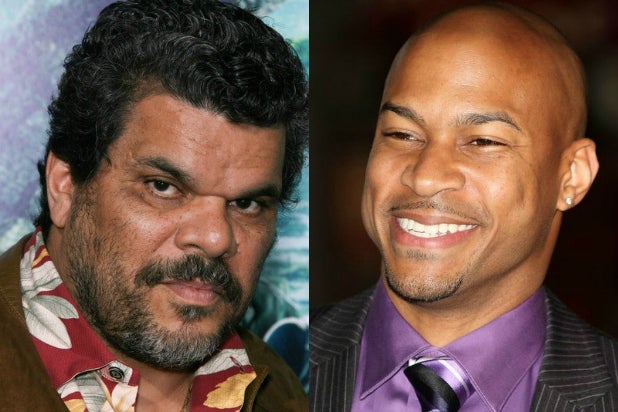 Luis Guzman and Finesse Mitchell are hitting the road with Cameron Crowe and Showtime. The “Boogie Nights” star and “Saturday Night Live” alum have been cast as recurring guest stars for new pay-TV pilot “Roadies.”

If the potential series gets picked up, Guzman and Mitchell will be seen and heard from again.

Guzman will play Gooch, the band’s beloved tour-bus driver, who is filled with stories and late-night wisdom, as Showtime described him. His easy-going manner belies a troubled home life.

Mitchell will play Harvey, the tour accountant, who has been known to dabble in side businesses that are not completely legal.

“Roadies” follows the day-to-day life of a successful rock tour as seen through the eyes of music’s unsung heroes — the crew members who get the show on the road. Luke Wilson, Christina Hendricks, Imogen Poots, Rafe Spall, Colson “MGK” Baker, Peter Cambor, and Keisha Castle-Hughes are starring in the show, as previously reported.

The one-hour comedy pilot will begin production in Vancouver later this week.