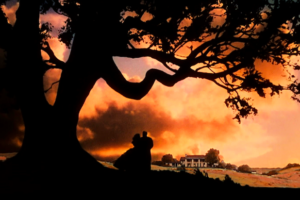 ‘Gone With the Wind’ vs ‘Song of the South': Why Hollywood Should Confront, Not Erase, a Problematic Past

Will the ‘Macy’s 4th of July Fireworks Spectacular’ Ratings Blow Up, or Blow Up in NBC’s Face?

2020 has been less than spectacular, but like life, the (fireworks) show must go on. While Saturday’s “Macy’s 4th of July Fireworks Spectacular” won’t have an in-person crowd this year, it should still pull down a decent live-TV audience.

Yes, even on a Saturday, and even with with 2020’s secretive coronavirus-forced setup. (This year’s unfortunate day-of-the-week designation won’t do the annual NBC event any favors: Saturdays are the lowest-rated night of the week.)

Last year’s July 4 show, when things were “normal,” the biggest U.S. fireworks event of the year drew 5.865 million total viewers, according to Nielsen. That tally may not be worthy of the “spectacular” title, especially when considering the returns from previous years, but it is generally a pretty strong performance for a summer telecast this side of hits like fellow NBC program “America’s Got Talent.”

Unfortunately, the 2019 celebration of America’s independence, which was hosted by Derek Hough and Ciara, drew an all-time low rating in the key demo of adults 18-49.

The sub-6-million-viewers count, only the third time the event’s Nielsen numbers came in that low over the previous 10 years, marked a decline of nearly 21% from the viewership on Wednesday, July 4, 2018. Part of that is because the exact middle of the week is actually the best night for fireworks, as Wednesdays are the least-likely evening for potential viewers to be on vacation.

Again, that was back when things like vacations (and joy) existed.

Below are the overall audience sizes for the past 10 years of the “Macy’s 4th of July Fireworks Spectacular.”

As you can see, the Friday and Saturday events from 2014 and 2015 received the smallest TV audiences of the past 10 years. That is consistent with how television usage on those evenings goes, and is a pattern that should continue this year — COVID-19 or no COVID-19.

In case you were wondering, we skipped having the Fourth on a Friday this year due to the leap year.

Saturday’s fireworks have actually been happening all week. This year’s broadcast event will feature footage from a weeklong series of surprise five-minute fireworks displays spanning each of New York City’s five boroughs. That is how producers were able to keep crowds away, satisfying New York’s social-distancing guidelines.

The grand finale display will be broadcast live. The only semi-live nature of the event is like the fifth or sixth thing working against this year’s telecast.

NBC News’ “Today” anchor Craig Melvin will host the TV presentation, which in addition to the colorful explosions, will include performances by National Youth Poet L­­aureate Amanda Gorman, the Black Eyed Peas, the Killers, Lady A, John Legend, Tim McGraw and Brad Paisley.