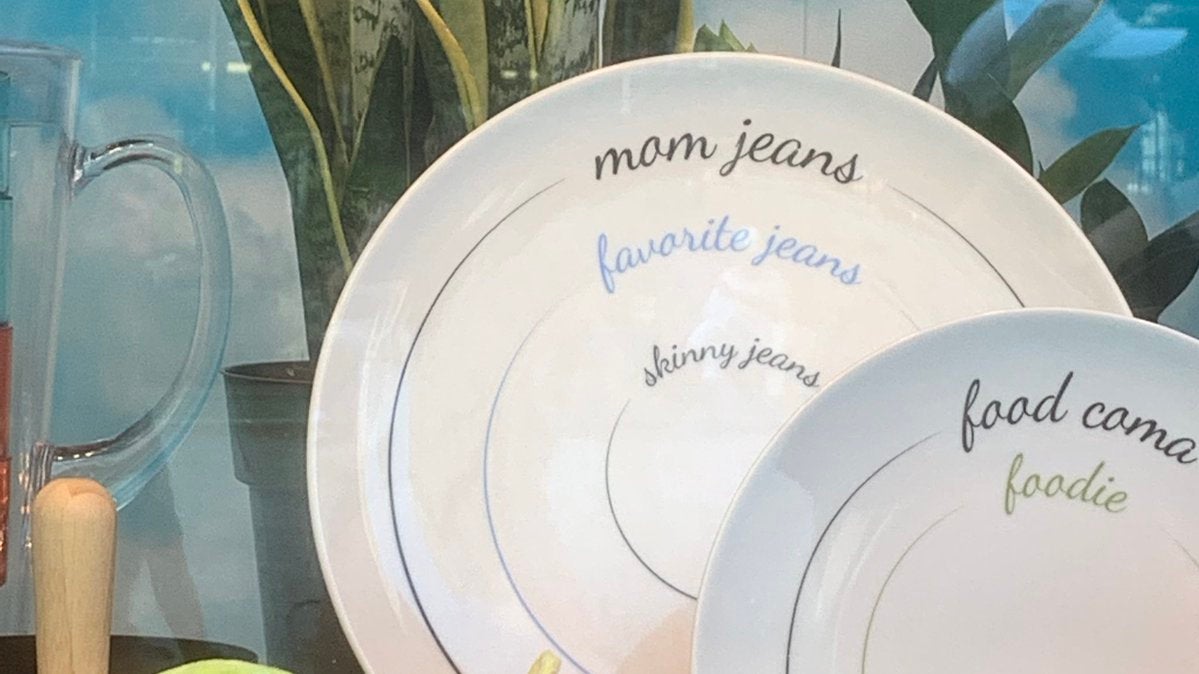 Following a tweet from a CBS correspondent, Macy’s has stopped selling a plate at its 34th Street flagship store, the only location the plate was available.

A picture of the plate, which features portion-controlling slogans warning users they’re edging out of “skinny jeans” into “mom jeans,” racked up over 3,000 retweets by Monday, after CBS correspondent Alie Ward sent it out Sunday.

“How can I get these plates from @Macys banned in all 50 states,” tweeted Ward, known for her appearances on “The Henry Ford’s Innovation Nation with Mo Rocca” and as the host of the CW’s “Did I Mention Invention?”

How can I get these plates from @Macys banned in all 50 states pic.twitter.com/1spntAluVl

Later, she added, “‘Banned’ was hyperbole — I just think this logic is flawed, harmful & people shouldn’t make money off of making women feel bad– but Macy’s agrees and is pulling them. General sidenote: speak up for others, contact your reps & vote in local, state & national elections k thanx.”

In response to her tweet, the official Macy’s Twitter account wrote, “Hi, Alie — we appreciate you sharing this with us and agree that we missed the mark on this product. It will be removed from all STORY at Macy’s locations.”

In a statement to TheWrap, a Macy’s spokesperson elaborated, “We apologize to our customers for missing the mark on this product. After reviewing the complaint, we quickly removed the plates, which were only in our STORY at Macy’s location in Herald Square.”

Macy’s says they did not carry any other products from the brand’s collection.

As Ward’s tweet took off, so did reactions to it. She battled what she described as “bots” and “spicy robots” as replies telling her to get a sense of humor flooded in. She also caught the attention of actress and advocate Jameela Jamil, who wrote, “Fuck these plates. Fuck these plates to hell.” Jamil tagged Macy’s and Ward responded, “Hi Jameela I love you.”

Other responses to Jamil raged from “It’s not that serious” to “If I went to someone’s house who served me food on these, it could set me back in my eating disorder recovery by weeks.”

Ward and a representative for Jamil did not immediately respond to requests for comment.