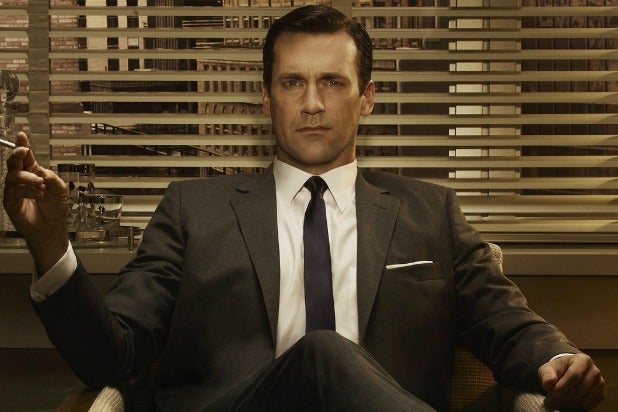 Filming of AMC’s “Mad Men” was shut down Friday by the shooting at Los Angeles International Airport.

Grip Dustin Woods said on Twitter that the show was filming in an arrivals tunnel for American Airlines in Terminal 4 when authorities told them to shut down.

“We are filming at LAX. Gun fire. Locked down. Evacuating!” he tweeted early Friday afternoon. He later added: “We are at Terminal 4 AA when LAXPD came in with guns drawn said get back inside active shooter on site.”

TheWrap was able to separately confirm that the show, famous for its secrecy, was indeed filming at LAX.

AMC declined to comment, and a representative for creator Matthew Weiner did  not immediately respond to a request for comment. There was no answer a the office that handles filming at LAX.

The shutdown came after a gunman opened fire at the Los Angeles International Airport Terminal 3 security checkpoint Friday morning, killing a TSA officer and wounding others before exchanging gunfire with police, according to authorities. LAX police chief Patrick Gannon said only that the gunman had been taken into custody.

Among the other entertainment industry figures affected by the incident were actor James Franco, whose flight was delayed, and “MythBusters” duo Grant Imahara and Tory Belleci, who their observations and photos.