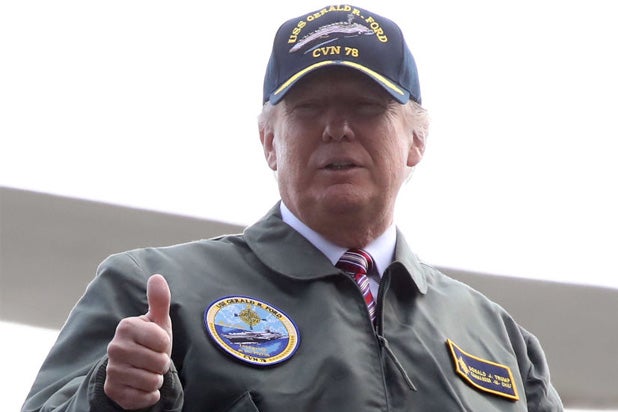 Rachel Maddow got the hype machine rolling for Tuesday’s episode of her show when she tweeted that she and her staff are in possession of Donald Trump’s income tax returns and will share them with the world on air.

The tweet came about 85 minutes before showtime — her show airs at 6 p.m. Pacific on MSNBC, and tweeted the announcement at 4:35 p.m.

In response to the proclamation, Twitter users reacted as they usually do: with a humongous pile of GIFs. The response to Maddow’s tweet was pretty much entirely just GIFs and WTFs. Which really should surprise no one, since Trump’s tax returns have been a contentious topic of discussion since he announced his candidacy for president.

Now, as we wait for the show to begin, we’re going to attempt to recreate that GIF sequence below:

@maddow every journalist at 9 pm pic.twitter.com/1HJMycxAo6