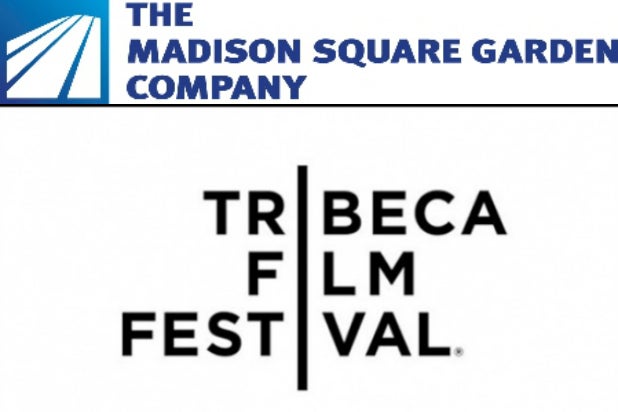 The Madison Square Garden Company has purchased a 50 percent interest in Tribeca Enterprises in a deal that valued the latter partner at $45 million.

Under the terms, Tribeca Enterprises will continue to be led by chief executive office and co-founder Jane Rosenthal — who founded the company along with Robert De Niro — as well as president and chief operating officer Jon Patricof, who will lead day-to-day management and strategic development.

The joint venture enhances MSG’s portfolio of New York City entertainment brands, expanding its reach through exposure to new content categories — such as film and innovation — and provides it with a high-profile entry into the festival business. MSG will also have the opportunity to increase its stake in Tribeca Enterprises over time.

The partnership allows both companies to explore joint sponsorship opportunities, while providing the Tribeca Film Festival (TFF) with access to MSG’s marketing and promotional platforms, along with its knowledge of ticketing and booking. In addition, TFF will have the opportunity to expand festival-related programs year round, both in New York and nationally.

MSG’s New York venues host nearly five million visitors a year, and its media assets reach a diverse audience of sports and entertainment viewers. Since it was founded in 2002, TFF has attracted an international audience of more than 4.5 million attendees.

“This partnership with Tribeca Enterprises and the Tribeca Film Festival — one of the top film festivals in the world — strengthens MSG’s position in the entertainment industry and is another example of our continued focus on pursuing attractive growth opportunities that make strategic sense for the company,” said Tad Smith, president and chief executive officer, The Madison Square Garden Company. “We look forward to supporting Tribeca’s ambitious vision — to honor not only movies, but the future of storytelling — while utilizing the tremendous platforms of both brands to drive the value and growth of our respective businesses.”

“Bob De Niro and I have built a brand that supports community, artists, filmmakers and storytellers, we are thrilled to be a member of MSG’s family of iconic entertainment brands,” Rosenthal added. “Our partnership will allow us to grow the Festival and enhance the experience for our audience and provide more opportunities for the creative and filmmaking community nationally and internationally.”