Following Katy Perry‘s Funny Or Die skit in which she voted naked for Hillary Clinton,  also got naked to show her support for the Democratic presidential candidate.

In the picture, appears to be topless, wearing only a gold necklace and grills on her front teeth. The post came around an hour after posted a picture of herself straddling Clinton.

Perry lent her voice — and body — to the Rock the Vote campaign recently, shooting a pro-poll-attendance video for Funny or Die that caricatures Perry’s lack of understanding of the Constitution and public nudity laws. She says one can show up to vote wearing whatever they slept in — which is legally true, so long as clothing is involved. In the video she fails to meet that last requirement, putting her in dutch with the cops.

Joel McHale also stars in the PSA — as it turns out, he also thought you could vote in the nude.

The short film was part of Funny or Die’s first effort to register and mobilize young Americans to vote. “Funny Or Die’s Everyone Votes!” is spearheaded by co-founder, Judd Apatow, Mike Farah (CEO) and Brad Jenkins, managing director of Funny Or Die D.C. 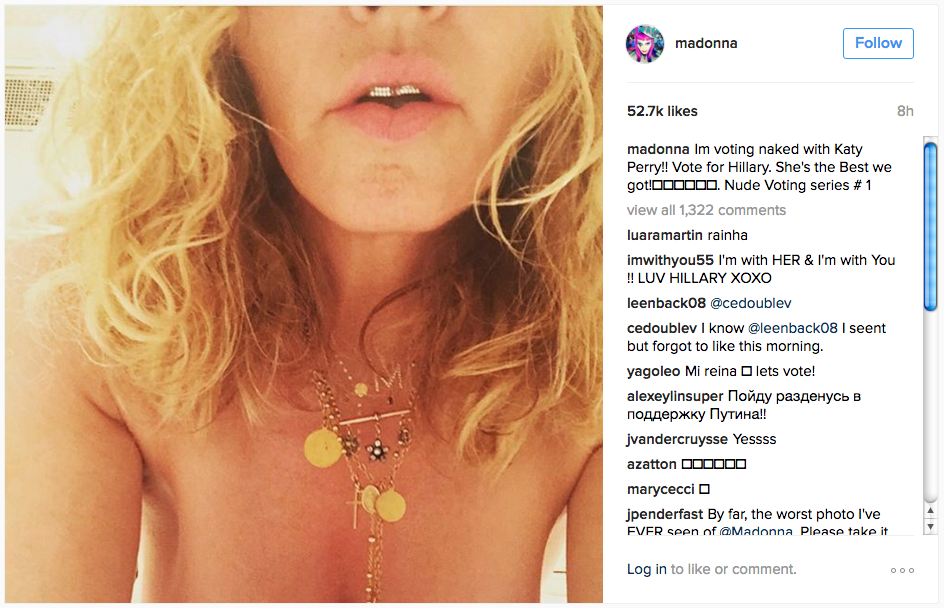 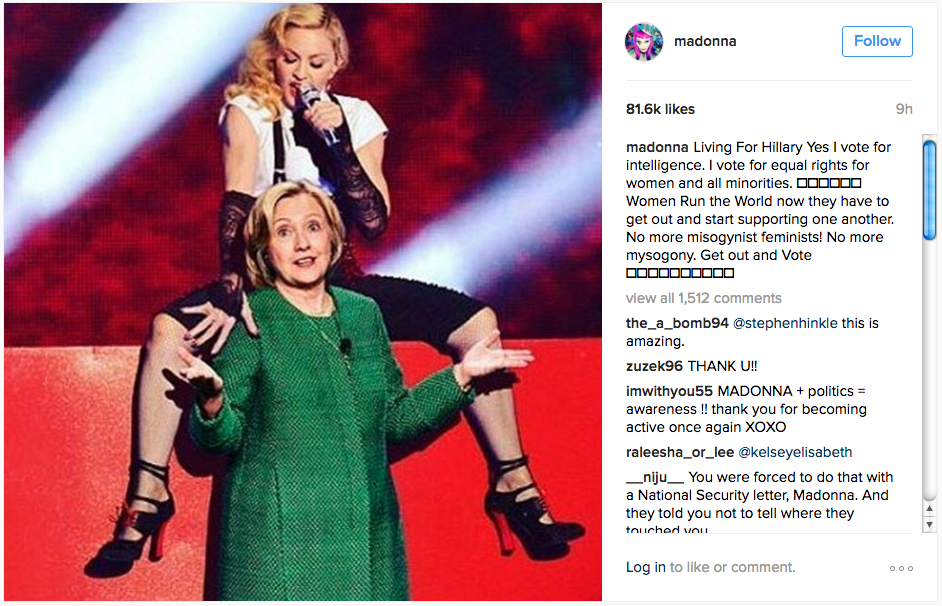