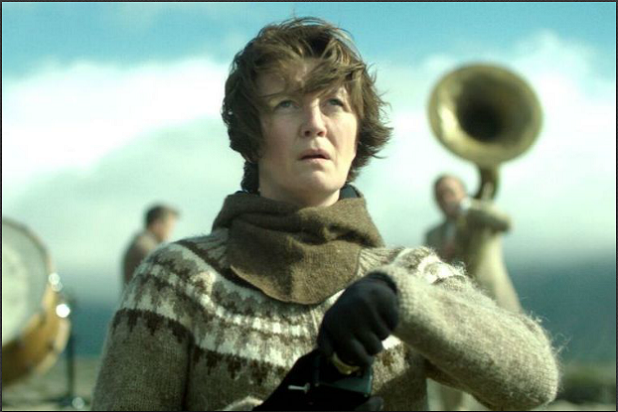 The film, a unique modern day fable about an Icelandic activist taking on big industry, recently premiered in Cannes Critics’ Week to high acclaim and won the SACD prize, which recognizes a screenplay from the French writers guild, and also won the Critics’ Week Grand Rail d’Or.

In “Woman at War,” Halla (Halldóra Geirharðsdóttir) declares a one-woman-war on the local aluminum industry. She is prepared to risk everything to protect the pristine Icelandic Highlands she loves… until an orphan unexpectedly enters her life.

“‘Woman at War’ is a blast,” said Magnolia President Eamonn Bowles. “Director Benedikt Erlingsson has fashioned an incredibly bracing, original and modern tale and Halldóra Geirharðsdóttir is an electrifying revelation in the dual roles.”

“I feel blessed to be in such good hands with Magnolia to meet the American audience,” said Erlingsson.

The deal was negotiated by Magnolia co-EVP Dori Begley and Magnolia SVP of Acquisitions John Von Thaden, with Beta Cinema’s CEO Dirk Schuerhoff on behalf of the filmmakers.

“We are very proud and honored that Magnolia Pictures picked ‘Woman at War,'” said Schuerhoff. “We feel in very good hands and it is great to see Eamonn, Dori, John and the whole team, believing so strongly in this unique film.”