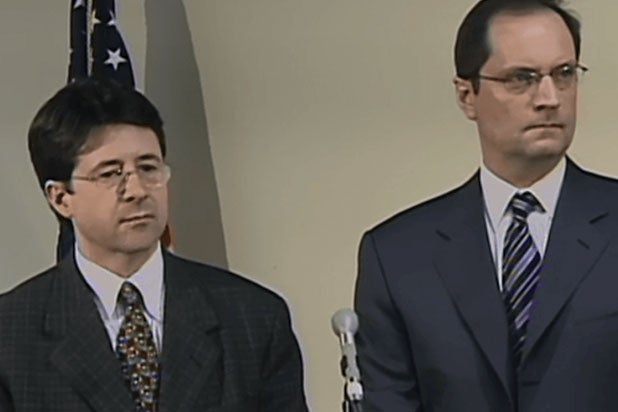 Dean Strang and Jerry Buting, the attorneys for “Making a Murderer” subject Steven Avery, are going on a national tour through late spring and summer, the duo announced Monday.

According to The Cap Times, “A Conversation on Justice” will feature both Strang and Buting speaking about the popular Netflix series, which chronicles the trial and conviction of Avery in the murder of Teresa Halbach in 2005. The series, since its December debut, has raised questions about how the investigation was handled by the Manitowoc Police Department, as well as the criminal justice system as a whole.

The tour kicks off on April 16 in Boston and will take Strang and Buting through 26 cities in the United States and Canada through mid-August.

Ticket sales begin Friday. The attorneys will talk at the Theatre at the Ace Hotel in Los Angeles on April 24, where ticket prices range from $45 to $95.

Strang told TheWrap in January that it’s possible he could take up Avery’s case in a new trial, and that he and Buting have “remained informally involved in working for Steven since his appeals process was completed.” While it’s ultimately up to Avery whether Strang and Buting represent him in a bid for a new trial, Strang said that there’s a vast trove of new material to explore.

Should he formally represent Avery again, Strang said, “I’d be focused on possible newly discovered evidence. And that, at the moment, will require sifting through and ranking by priority the leads, ideas [and] possibilities that have arrived in a mass from emails and calls since the film came out.”

Avery, who currently remains in prison but maintains his innocence in the murder of Halbach, is now represented by Kathleen Zellner, who plans to use new forms of testing to exonerate Avery.