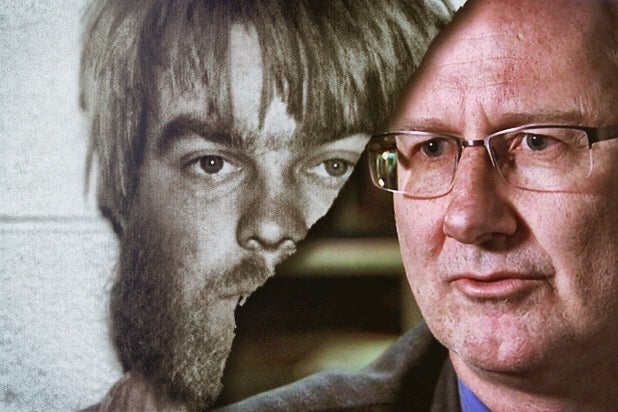 A prosecutor who helped get Steven Avery exonerated in 2003 slams the filmmakers behind “Making a Murderer” in an upcoming tell-all book, claiming they “manipulate and distort the truth” about the murder trial that landed Avery back in prison.

Michael Griesbach, author of “Indefensible: The Missing Truth about Steven Avery, Teresa Halbach and ‘Making a Murderer,'” told TheWrap that the Netflix docuseries makes for compelling television, but is wittingly misleading.

“I do have a lot of respect for the scale and hard work — it’s an engrossing show or series and it’s very well done,” Griesbach said. “I know they are well intentioned, but what I don’t have respect for is presenting something as objective and claiming its objectivity while clearly knowing it isn’t.”

Griesbach, while working as an assistant District Attorney in Manitowoc in 2003, spent days analyzing the hair evidence that would later exonerate Avery in the 1985 rape of Penny Beerntsen. Working with the Wisconsin Innocence Project, Griesbach saw Avery freed after he spent 18 years in prison.

And when the call came in that Halbach’s car had been found at the Avery Salvage Yard, Griesbach was on call in the DA’s office and was dispatched to the scene.

Following the December 2015 debut of “Making a Murderer,” Griesbach, who is currently on the board of the Wisconsin Innocence Project, re-examined the evidence, comparing it in painstaking detail with the show. After around a month and a half researching and reading through transcripts and online coverage, he took three months off from work to write his book.

What he found, he claims in the book, “was an instance of selective editing that would make any propagandist proud.” For instance, Griesbach compared the transcript from the trial with the footage of Sgt. Andrew Colborn’s testimony used in “Making a Murderer,” which many believe proved that he found Halbach’s Toyota RAV4 two days before it was officially discovered on the Avery property. The discrepancy has been used to fuel accusations that he planting the evidence.

“First, portions of Colborn’s actual trial testimony were removed from the documentary to make it appear he answered a question in the affirmative that he never answered at all,” Griesbach writes. “Second, a question that would have helped explain his side of the story to the viewers is never heard.”

Griesbach included the official transcript from the trial, including three passages of dialogue that were omitted by “Making a Murderer” documentarians Laura Ricciardi and Moira Demos.

“Whoa! The documentarians had literally spliced testimony to manipulate and distort the truth,” he adds in the book.

Griesbach told TheWrap he had an “inkling” that the documentary was biased while being interviewed for it. “I made it clear that I thought Avery was getting a fair trial. It became clear very quickly that they didn’t look at it that way.”

When he began watching the series, “it really hit me. Really quickly, within a couple minutes, I could tell that this was not going to be an objective account of the story.”

Later in the book, he talks about the infamous blood vial, which Avery’s defense team, consisting of Jerry Buting and Dean Strang, claimed was tampered with because of a hole on the rubber stopper.

“It was a red herring — a misleading piece of filmmaking if ever there was one, using an argument so outlandish that not even Avery’s attorneys made much of it during the trial,” wrote Griesbach. “It was clear that ‘Making a Murderer’ had badly manipulated the significance of the vial’s condition — neither the hole in the stopper nor the dried blood were signs of tampering.”

Furthermore, Griesbach claims in the book that the documentary “has harmed a good number of innocent people — some on a minor level, but others on a grander scale.” He’s referring to Brendan’s brother Bobby Dassey and his future stepfather, Scott Tadych, who quickly became suspects among viewers of the Netflix series.

“Neither Dassey nor Tadych had anything to do with Halbach’s murder, but by carefully editing court testimony, the makers of ‘Making a Murderer’ made them into murderers, at least in the eyes of some viewers.”

Griesbach told TheWrap that “no reasonable person who considers all the evidence in this case, and not just what ‘Making a Murderer’ chose to show them, could come away thinking anything other than that Steven Avery is guilty.”

“By excluding facts that don’t fit their aim and manipulating others, they have distorted the truth beyond recognition,” he writes at the end of the book. “‘Making a Murderer’ is part of a troubling trend — the courting of public opinion in support of a cause by the production of a propaganda piece disguised as an objective documentary.”

Also Read: 'Making a Murderer': Would Brendan Dassey's Conviction Have Been Overturned Without the Series?

“Indefensible,” which hits shelves on Aug. 30, is Griesbach’s second book about Avery. In 2014, he published “The Innocent Killer,” which focused on both Avery’s first wrongful conviction and the Halbach case. Griesbach wants to make it clear that he is not speaking on behalf of the prosecution or the Wisconsin Innocence Project.