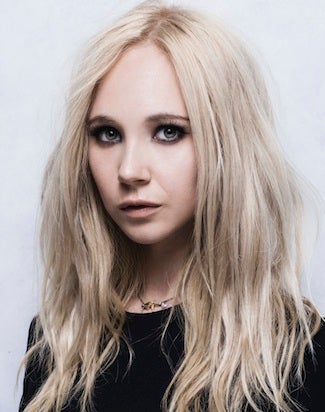 Juno Temple has been cast in HBO’s much-talked about pilot from executive producers Martin Scorsese and Mick Jagger, TheWrap has learned.

From writer/executive producers George Mastras and Terence Winter, the untitled series will explore the drug and sex-fueled music business as punk and disco were breaking out through the eyes of a record executive trying to resurrect his label and find the next new sound.

Temple will play Jamie Vine, an ambitious assistant in the A&R Department of American Century. She uses her keen abilities to manipulate people and blend into the various subcultures of the New York music underground, in order to break through the glass ceiling and get ahead at the record label.

Temple will next be seen in the films “Maleficent” starring Angelina Jolie, “Far From the Madding Crowd” opposite Carey Mulligan and Michael Sheen and “Sin City 2” for director Robert Rodriguez. Her other film credits include Jill Soloway’s “Afternoon Delight,” “Killer Joe” and “The Dark Knight Rises.”