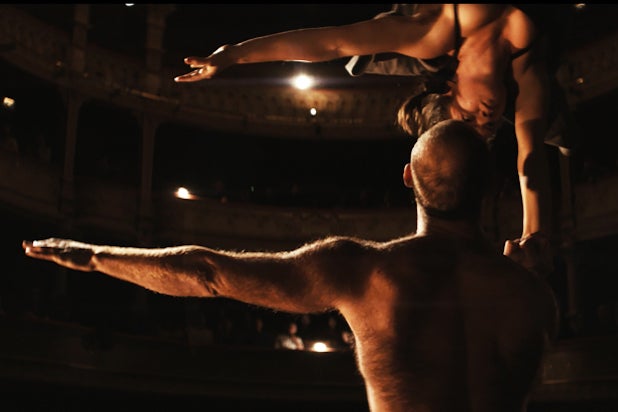 The short film “Mano a Mano,” from French director Louise Courvoisier, won the top prize from the Short Films and Cinéfondation Jury headed by Claire Denis at Cannes, the festival announced Thursday.

The jury led by Denis and consisting of Stacy Martin, Eran Kolirin, Panos H. Koutras and Cătălin Mitulescu chose the winners between 17 student films out of 2,000 entries from 366 film schools around the world. The awards were presented at the 2019 Cinéfondation Prizes, now in its 22nd edition, during a ceremony held in the Buñuel Theatre, followed by the screening of the winning films.

The Cinéfondation allocates a €15,000 grant for the first prize, €11,250 for the second and €7,500 for the third. The winner of the first prize is also guaranteed the presentation of his or her first feature film at a future Cannes Film Festival. The awarded films will also be screened at the Cinéma du Panthéon on May 28.

First prize went to “Mano a Mano,” directed by Courvoisier and from the school CinéFabrique in France. It’s the story of two circus acrobats traveling from town to town to perform their duet, even as their romantic relationship is falling apart. They’re forced to confront their problems and regain their trust in one another while driving in a small car en route to their next performance.

Second prize went to “Hieu,” directed by Richard Van of CalArts in the US. The short is about a Vietnamese-American household that receives a surprise visit from a long-lost patriarch after he fails at a get-rich-quick scheme.

Finally, a joint third prize was awarded to both “Ambience” directed by Wisa Al Jafari out of the Dar al-Kalima University College of Arts and Culture in Palestine and “Duszyczka” (“The Little Soul”) from director Barbara Rupik at PWSFTviT in Poland.

“Ambience” is about two young Palestinians who try to record a demo for a music competition inside a noisy, crowded refugee camp, only to discover a creative method to complete their deadline.

“The Little Soul” looks at a dead body that became stuck by a river bank. Its decaying insides still hide a human soul – a miniature of the deceased. When the organs rot, a tiny creature escapes, and it says goodbye to the corpse before setting off on a journey through the post-mortem land.