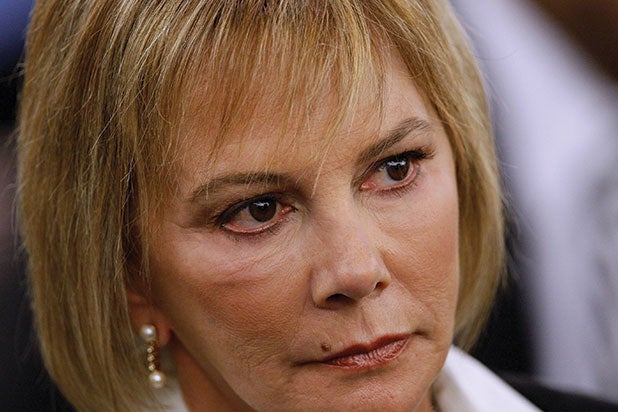 Former O.J. Simpson prosecutor Marcia Clark, portrayed in the FX series “People vs. O.J. Simpson” by Sarah Paulson, says the discovery of a buried knife found at Simpson’s estate is a “remarkable development” in the case.

“I think it’s a remarkable development if it does turn out to be connected to the murders of Ron [Goldman] and Nicole [Simpson Brown],” Clark told Entertainment Tonight. “It would be interesting if there was some evidence on that knife that pointed to who might have helped to bury it, if indeed someone else did.”

A construction worker is said to have found the knife buried at Simpson’s home on Rockingham Ave. in the Brentwood area of Los Angeles back in the ’90s, it was reported Friday, and subsequently turned it over to an off-duty police officer who happened to be nearby.

But rather than hand the evidence over to authorities, the retired officer apparently kept it.

Capt. Andrew Nieman, who led a press conference about the latest development Friday, noted that the former officer might have mistakenly believed that the case was closed.

The officer, who retired in the late ’90s, planned to frame the knife as a keepsake and recently reached out to a friend at the LAPD for the case number of the murder investigation to include on a plaque with the weapon.

The former officer’s friend alerted higher-ranking LAPD officers, who demanded the knife be turned over as evidence.

However, she is still cautious about the veracity of the knife.

“I don’t know whether to say it is truly evidence, none of us knows that yet — it might be a hoax, it might be somebody who planted it and then just pretended to find it and gave it to the off-duty police officer, you don’t know,” Clark says. “But, of course, I’m glad the LAPD is taking it seriously and subjecting it to testing so we can find out.”

Even if the knife proves to have any blood, hair, or fingerprint evidence, which Clark says could be found on the knife, and links Simpson to the murders of his ex-wife and Goldman, Simpson cannot be retried due to double jeopardy.

Also Read: What the Knife on Found OJ Simpson's Old Property Might Mean - A Short Explainer

“The likelihood of any prosecution stemming from this evidence is very, very slim,” Clark explained. “But we have to find out what this means — what the truth of this is.”

No murder weapon was ever found in the case, but a bloody glove was found on Simpson’s property by Det. Mark Fuhrman. The glove proved central to the case, as it appeared to not fit Simpson’s hand when he tried it on in court. Defense lawyer Johnnie Cochran famously quipped, “If it doesn’t fit, you must acquit.”