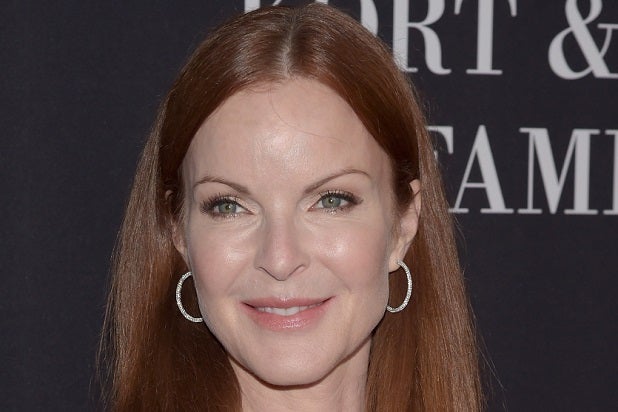 “Desperate Housewives” alum Marcia Cross and Robert Vaughn (“The Magnificent Seven,” “The Man From U.N.C.L.E.”) will appear on the Feb. 25 episode of NBC’s long-running crime series, in what will mark Cross’ first television appearance since “Housewives” wrapped in 2012.

Cross and Vaughn will play a married couple who, perhaps unsurprisingly, don’t enjoy an ideal relationship. In an episode that “explores the complications of the dynamics of family power with adult children and younger wives,” Cross will play Charmaine Briggs, the sixth wife of novelist Walter Briggs (Vaughn). When Walter’s daughters accuse their stepmother of sexually abusing their ailing father, a furious legal battle ends in tragedy.

“We are lucky to have Robert Vaughn as a proud lion in late winter and Marcia Cross as his sixth and most beautiful wife,” series executive producer Warren Leight said of the castings. “They make a terrific SVU couple …. with all that entails.”

In addition to Cross and Vaughn, “Curb Your Enthusiasm” vet Susie Essman, Emily Bergl (“Shameless”) and Mercedes Ruehl (“The Fisher King”) will also guest-star on the episode.