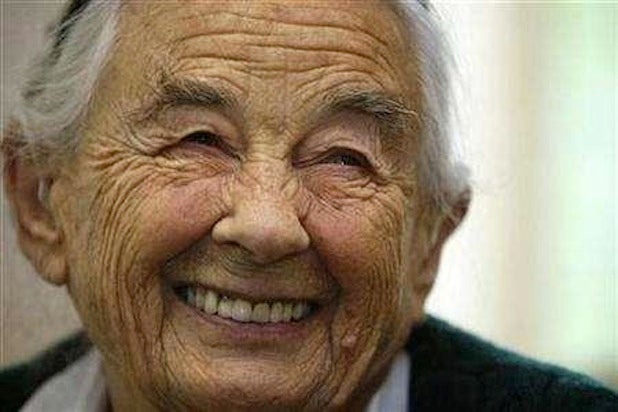 Maria Agatha Franziska Gobertina von Trapp, whose family inspired the 1959 Rodgers and Hammerstein musical “The Sound of Music,” died on Saturday. She was 99 years old.

The last survivor of the von Trapp brothers and sisters died in her sleep at her home in Vermont, Marianne Dorfer, a family friend who runs the von Trapp Villa Hotel, confirmed to the Austrian Times.

“It was a surprise that she was the one in the family to live the longest because ever since she was a child she suffered from a weak heart,” Dorfer said. “It was the fact that she suffered from this that her father decided to hire Maria von Trapp to teach her and her brothers and sisters. That of course then led to one of the most remarkable musical partnerships of the last century.”

Born in 1914, Maria lived in Salzburg, Austria until 1938 when her family fled from the Nazis. She was the second-eldest daughter of Baron von Trapp.

Following the death of Baron von Trapp’s first wife, aspiring nun Maria Kutschera joined the family to teach the children, fell in love with the baron and married him in 1927. A very musical family, the von Trapps toured Europe and the United States. That would become their saving grace when they left to tour the U.S. in 1938 and didn’t return to Austria.

In 1942, the von Trapp family settled on a farm in Vermont. The family continued to tour and perform until 1955. Maria and her stepmother then became lay missionaries in Papua, New Guinea. She became a naturalized U.S. citizen in 1948 and lived at her family’s lodge in Stowe, Vt.

Maria returned to Salzburg in 2008 to visit her old family home as it opened as a hotel.

Maria was portrayed as Louisa in the 1959 “The Sound of Music” stage musical. It would later be made into a 1965 film starring Julie Andrews. NBC gave the stage play a new life with a live broadcast of the musical in December starring Carrie Underwood.