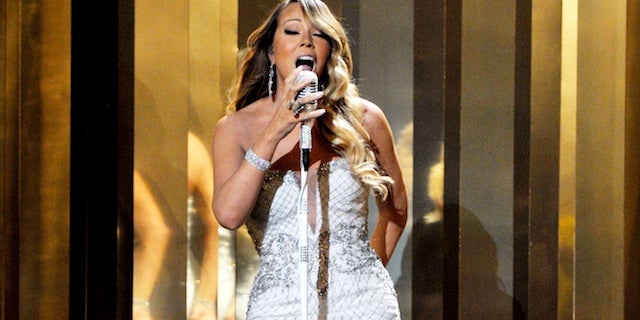 Mariah Carey is back home and on the mend after being rushed to a New York City hospital on Sunday night.

"Mariah injured herself while filming a video with Jeezy for the remix of #Beautiful, directed by her husband Nick Cannon," the superstar singer's spokeswoman told TheWrap.

"She was taken to [a] hospital late last night, where doctors reset her shoulder. She is fine," the rep continued.

The New York Post, which first reported the injury, cites one source who said the former "American Idol" judge possibly tripped while wearing her high heels during the downtown shoot.

Carey, who just peformed during the Macy's Fourth of July Fireworks Spectacular over the weekend, is still expected to perform during Major League Baseball's Hurricane Katrina relief benefit taking place in Central Park on Saturday.

The 40-year-old singer originally performed #Beautiful with Miguel as the lead single on her newest studio album, "The Art of Letting Go." It is currently nominated for a Teen Choice Award for Best R&B/Hip Hop song. There are five official remixes for the song, including the one with Jeezy.