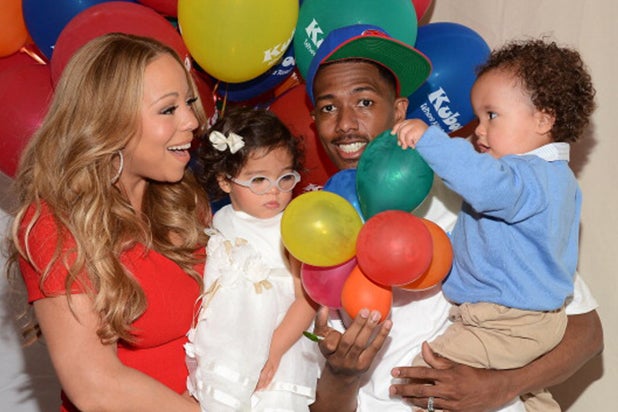 Memo to domestic workers: You might want to think twice before working for Mariah Carey or Nick Cannon. At least, that’s the takeaway from a new lawsuit filed by a woman who claims she was stiffed on overtime pay while working as the estranged couple’s nanny.

In the lawsuit filed in New York district court Wednesday, Simonette DaCosta claims she worked for Carey and Cannon as a nanny, caring for the couple’s twins Monroe and Moroccan — but was fired after showing the tots too much attention.

“Ms. Carey would often call Plaintiff at hours in the middle of the night and demand to be taken to her children or to be updated as to the status of her children,” said legal papers obtained by TheWrap. “Mrs. Carey would not tolerate any delay when she called and Plaintiff had to attend to her every demand, spontaneous or otherwise, whether called upon during the day or in the middle of the night,” the lawsuit reads.

That all changed, the lawsuit says, when “Mrs. Carey terminated Plaintiff after berating her for exhibiting too much affection towards her children.”

Oh, and the suit claims that the couple deprived her of overtime pay, despite the fact that she often worked more than 100 hours a  week.

DaCosta claims that she worked for the couple from October 2013 to January 2014, caring for their twins — feeding, bathing and comforting them.

According to DaCosta’s suit, the hours were pretty grueling — she would alternate between 12-hour and 24-hour shifts each week, working 120 hours a week when she was on the 24-hour shift.

Now DaCosta wants the overtime she claims she should have received from working more than 40 hours a week.

The lawsuit, a collective complaint, also says that she’s not the only worker that Carey and Cannon stiffed.

“There are numerous similarly situated current and former employees of Ms. Carey and Mr. Cannon who were subjected to the aforementioned policy,” the complaint reads.

A spokeswoman for Carey had no comment on the lawsuit.