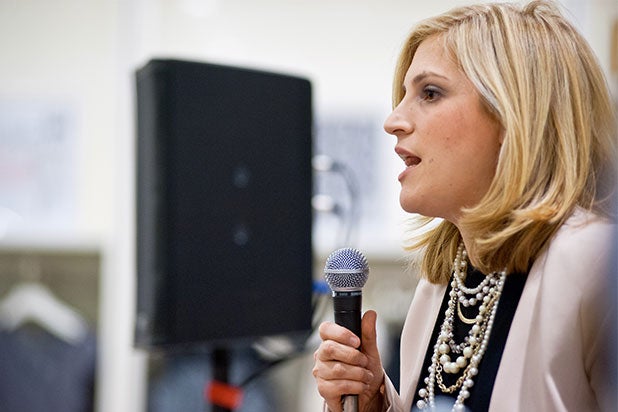 When Marie Claire executive editor Lea Goldman accused a male blogger of body-shaming on Twitter Monday, he responded by digging up old tweets in which Goldman had also shamed women about their appearance.

It all started when Stephen Miller tweeted out a side-by-side image of Madonna at the Met Gala and the aged version of Carice van Houten’s Melisandre in HBO’s “Game of Thrones.”

“Madonna with necklace. Madonna without necklace,” Miller tweeted, a clear reference to the episode 1 shocker in which Melisandre revealed her true self after taking off her magical necklace.

Goldman tweeted back, “This is what men do to women with power. Shame them. About their bodies and their ages. I see you.”

But Miller and his supporters were quick to dig up examples of Goldman body-shaming women and their appearance, including when she made fun of another “Game of Thrones” female character.

“Why does Theon’s sister always look like she has a cold sore? #GOT” she tweeted on May 1.

Other resurfaced tweets included when Goldman tweeted about “Modern Family” star Sarah Hyland showing too much cleavage in 2013.

“Too much boob, Sarah Hyland. #GoldenGlobes,” she wrote.

Yet the most incriminating tweet may be one in which Goldman tweeted out an image of a woman’s behind in tight pink pants with the caption: “I feel bad for these pants.”

Miller resurfaced the image with the caption, “Things I’ve never done: Taken pictures of strangers and posted them online to shame them to my Twitter followers. You sick fraud.”

“Feminism is powerful magazine editors shaming random people on the street without any power behind their back,” Miller tweeted Monday.

Marie Claire and Goldman did not immediately respond to TheWrap’s request for comment.

This is what men do to women with power. Shame them. About their bodies and their ages. I see you. https://t.co/5SFndkSiua

In case you delete it @lea I see you pic.twitter.com/9AlOW3v7ds

.@lea Things I've never done: Taken pictures of strangers and posted them online to shame them to my Twitter followers.

Why does Theon's sister always looks like she has a cold sore? #GOT