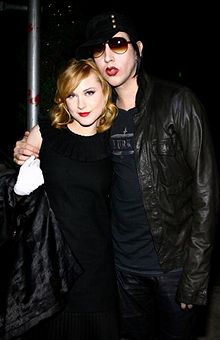 Lough ("Weapons") is aiming to put a fresh spin on the horror classics of the ’80s that initially inspired him, and if all goes according to plan, "Splatter Sisters" will be the first film in a franchise of sexploitation-serial killer/slasher-road movies. It’s a rather novel idea that I’m surprised no one has really tried to experiment with before.

Green has said that "Splatter Sisters" will take the horror genre to a new level, and that the film offers Manson a role he was born to play, which quite frankly scares the s*@# out of me!

Manson has previously appeared in "Jawbreaker," "Party Monster" and Asia Argento’s "The Heart Is Deceitful Above All Things," in which he actually wasn’t half-bad.

Wood’s last film was Woody Allen’s disappointing May-December romantic "comedy" "Whatever Works" in 2009. But despite that minor setback, she remains a fantastic young actress who will next appear as Robin Wright’s daughter in Robert Redford’s Civil War-era legal drama "The Conspirator."

Lough previously directed "Bomb the System" and "Weapons," the latter of which begins with Nick Cannon’s head being blown off by a shotgun blast as he scarfs down a fast food cheeseburger. Let’s just say that subtlety isn’t Lough’s strength, not that that’s necessarily a bad thing.

Pressman is at Cannes as a producer of Oliver Stone’s sequel "Wall Street: Money Never Sleeps." He’s also behind the Stephen Norrtington-directed remake of "The Crow" that Ryan Kavanaugh’s Relativity Media is developing. 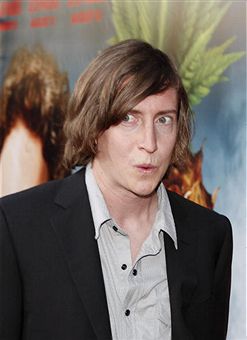 As for Gordon Green, he recently teamed up with rookie writer Josh Parkinson to develop two projects, according to the Hollywood Reporter.

Green’s production company Rough House has dipped into its discretionary fund to preemptively pick up Parkinson’s first original screenplay "Free Country," a thriller with comedic elements. Green is eyeing the project as a potential directing vehicle, and is working to further develop the script with Parkinson. Rough House has a production deal with Mandate Pictures but "Free Country" is not set up there.

The duo have also been hired by Paramount to rework "Watchmen" writer Alex Tse’s screenplay for "Battling Boy," an adaptation of the graphic novel that the studio picked up in late 2008 for Brad Pitt’s production company Plan B.

Gordon Green’s next film will be "Your Highness," co-written by and starring his Rough House partner Danny McBride. After that, he’ll direct Jonah Hill in "The Sitter," written by the "Baywatch" team of Brian Gatewood and Alessandro Tanaka.

Parkinson is represented by The Gotham Group, which also represents Green along with CAA.