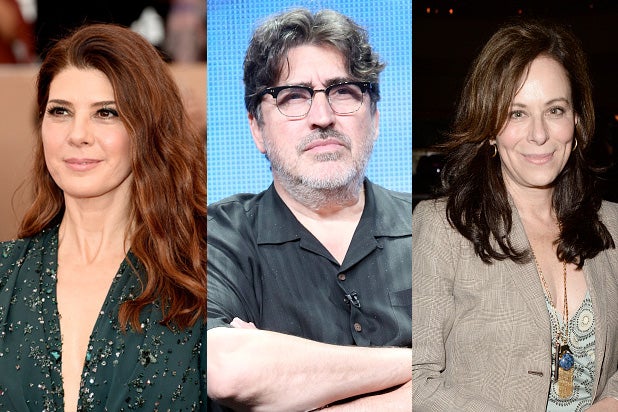 Oscar winner Tomei will star in Tennessee Williams‘ “The Rose Tattoo,” which runs from June 28 to July 17 in a revival directed by Trip Cullman.

Molina and Kaczmarek will star in the American premiere of Australian playwright Tom Holloway’s drama “And No More Shall We Part,” about a married couple facing the challenge of one partner’s terminal illness. Anne Kauffman directs the show, which runs Aug. 10-21.

Also Read: Cast of 'Hamilton' to Perform at Grammys

“The five premiere plays and two revivals we will produce this summer at the Williamstown Theatre Festival bring together some of the most extraordinary theater artists from around this country and abroad,” said Greenfield. “The stories we will tell and the artists with whom we will tell them are fresh and diverse, bold and funny. We look forward to sharing the work with audiences hungry for a brave and satisfying theatrical adventure!”

A 2002 Tony winner for regional theater, Williamstown has earned a reputation for launching Broadway productions including “The Bridges of Madison County” and last fall’s “Fool for Love” starring Sam Rockwell and Nina Arianda.