With the international box office dominating the movie business in the way that it does, it is no wonder that Louise Chater has found her role growing in conversations about the studio’s summer blockbusters. 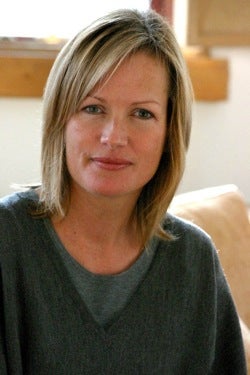 Chater’s company is much smaller than Hollywood’s big research guns — OTX, MarketCast and National Research Group (and NRG , MarketCast and OTX have international divisions) — but specializes in understanding foreign culture as a marketing challenge.

And now that the box office represents 66 percent of Hollywood ticket sales, it’s a bit of a wonder that Chater isn’t tops on the moguls’ speed dials. The success of huge-budget movies like “GI Joe,” “Terminator Salvation” and “Up” depend heavily on whether they translate for international audiences, and can find the core fan base for those films abroad.

“Increasingly the studios are looking to us not only for numerical findings, but for context for those figures,” said Chater, chatting one evening along the Croisette in Cannes, as “Lawrence of Arabia” played on a giant screen on the beach in the background. “We’re always looking for patterns across countries, and you can draw similarities among cultures.”

Russia and Japan, for example, share cultural similarities that affect movie marketing. In both of those countries, said Chater, people commonly attend movies solo. And in both of those cultures, the male-oriented, macho culture makes the action-adventure genre inherently strong.

It isn’t possible to test so widely across the world and come up with the bedrock statistics that researchers have in the United States. And Chater spends a lot of time on airplanes, ensuring quality control; she conducts tests in more than a dozen countries, including across Europe, and in the burgeoning film markets of Russia, South Korea, Brazil and India.

A Cambridge-trained former teacher, Chater started out in market research in 1996, with a company called Youth Direct, in which she tapped into the pop culture views of teenagers. But her work for the studios came to a halt in 1999, when the then-powerful NRG invoked an exclusivity clause in its studio contracts.

“I came up against a brick wall, and I tiptoed away,” Chater says. “It was extraordinary.”

But times were changing, and it turned out that the studios wanted an alternative to NRG, particularly Fox and Disney. Chater started First Movies a year later.

“The studios collectively supported me, they said, ‘We want a change.’”

But one core element of market research Chater will not do: tracking and projections.

“We can test whatever we’re asked to test, but I will not do box office projections,” she said. “There are just too many variables. You have to factor in so many things — you have to factor in the weather. And I still think it’s the wrong game to play.”

She’s aware that all her competitors play that game. She doesn’t know why, since the studios constantly complain to her about it. “I get calls every day regarding tracking,” she said. “It has such a negative perception. And yet everybody pays for it.”

If America is in the mood for extravagant love, they will embrace Jane Campion’s new period love story, “Bright Star,” which screened for a jam-packed press audience on Friday morning in the main hall of the Palais de Festival. 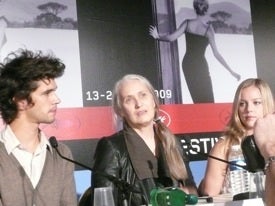 Not since the days of Campion’s own “The Piano” and the outbreak of Jane Austen mania in the 1990s have we seen a period film this unabashedly in love with tragic love.

Ben Whishaw plays John Keats, the Romantic poet in his early 20s, still mired in obscurity and, not insignificantly, poverty. He falls in love with his neighbor, Fanny Brawne, an 18-year-old (played by Abbie Cornish) who spends every waking moment mooning over him and fretting that they cannot marry. (Old story: no money.)

To make matters worse, Keats died at 25 of tuberculosis.

Being Campion, the subject is treated with lush and loving photography, and the story is told with a stripped-down simplicity that serves the authenticity of the tale. Her film is utterly unlike our modern world — quiet, slowly-paced, reflective and obsessed with an impossible hunger between two young (chaste) lovers who live next door to one another.

Underlying the story, though, lurks the enduring, sensual verse of Keats, he of the “Ode on a Grecian Urn,” “to a Nightingale,” on melancholy, indolence, death and — of course — love.

Campion gave a press conference with the cast but didn’t get to the questions that many of us want to know: why is she so persistently drawn to 19th century romance? And why does she take so long between her films (her last film was “In the Cut” in 2003)?

Instead the director was asked how she could make a film like this relevant to the Twittering set, and how she avoided the cinematic clichés associated with 19th century romance.

“The dream of love is so eternal, I’m sure twittering is very compelling for this generation,” she said. “It’s this thing of connection that anchors us.”

She said to the other: “It was important to me to tell an intimate story, and to make nothing of the fact that it was a period film. To keep it very simple, and not to focus on grand houses or costumes. I just wanted the characters to be there.”

I’ll be talking to Campion on Sunday, where I’ll ask her these questions and any others you might send my way. Bob Berney will be distributing the film in the fall  in the United States.