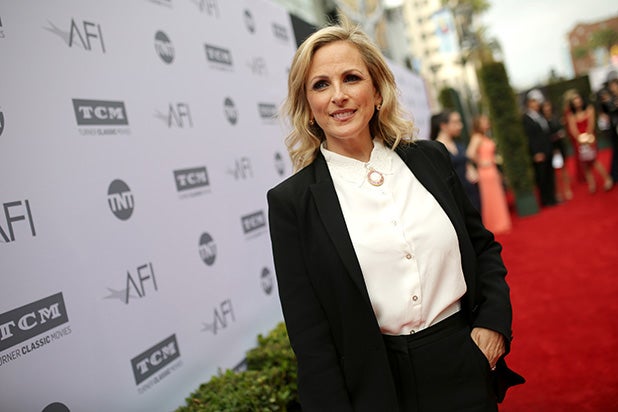 Marlee Matlin took the high road on Twitter Friday in response to the report that Donald Trump called her “retarded” during her time on “The Celebrity Apprentice” in 2011.

The Oscar-winning actress, who appeared on the fourth installment of the NBC reality series hosted by the GOP presidential candidate, tweeted a statement calling the word “abhorrent” and saying it “should never be used.”

“As a person who is Deaf, as a woman, as a mom, as a wife, as an actor, I have a voice. And I’m using that voice to make myself heard … and vote,” Matlin wrote.

The Daily Beast, citing three longtime staffers, reported on Friday that Trump would disrespect Matlin both to her face and behind her back, treating her as if she were mentally disabled.

During tapings of the reality series, Trump would often scribble down notes from his boardroom seat, and once wrote, “Marlee, is she retarded??” according to a staffer.

“It actually sounded a lot like what he did [to] the New York Times guy,” another staffer told the Beast. “Like, to make it seem like she was mentally not there? [It] sounded like he got a real kick out of it. It was really upsetting.”

All three sources spoke to the Daily Beast on the condition of anonymity due to non-disclosure agreements, according to the site.