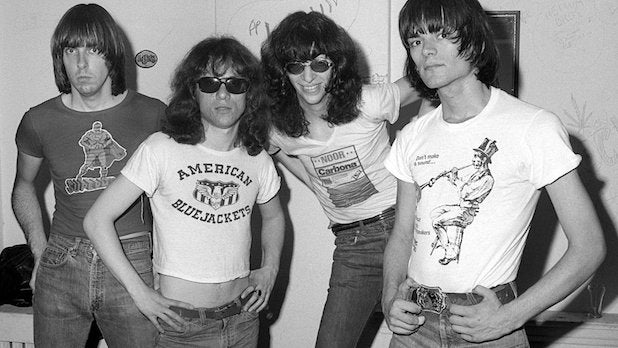 Gabba gabba hey! Oscar-winning filmmaker Martin Scorsese is planning to direct a movie about the iconic punk rock band The Ramones, an individual familiar with the project has told TheWrap.

There is no timetable in place since there’s no writer on board yet, but Scorsese wouldn’t turn his attention to the Ramones project until after he wraps his next movie “Silence,” which heads into production next year.

Also read: A Beer Run for The Ramones

Comprised of lead singer Joey, guitarist Johnny, drummer Tommy and bassist Dee Dee, The Ramones started playing their first live shows 40 years ago in 1974. Joey died in 2001 followed by Dee Dee in 2002, Johnny in 2004 and Tommy in 2014.

Jeff Jampol and Dave Frey co-manage the band’s estate and the duo are planning a major celebration of the band in 2016 tied to the 40th anniversary of The Ramones’ first record in 1976.

Since Johnny died, Linda Ramone has controlled his half of The Ramones’ estate and Joey’s brother, Mickey, controls his half. While behind-the-scenes disputes plagued the band for years, it appears those differences have been put aside for now.

“Everybody is cooperating and moving in one direction together as a team,” Jampol told Billboard, which first reported the news of Scorsese’s involvement.

In addition to Scorsese’s narrative feature, Billboard reports there are plans for a Ramones documentary with never-before-seen footage shot in the ’70s and ’80s by George Seminara, as well as a play and a book about the band’s early years that will feature prose, photos and memorabilia.

Scorsese won an Oscar for directing “The Departed” and is coming off a pair of nominations for “The Wolf of Wall Street.” He serves as an executive producer on HBO’s “Boardwalk Empire” and is producing an untitled Rock ‘N Roll series for the cable network that will star Bobby Cannavale. Scorsese is also an executive producer on “Revenge of the Green Dragons,” which will screen in Toronto next month.

The revered director is currently prepping his longtime passion project “Silence,” based on the novel by Shusaku Endo. The film will star Andrew Garfield, Adam Driver, Liam Neeson and Ken Watanabe.

Scorsese is represented by WME and LBI Entertainment.