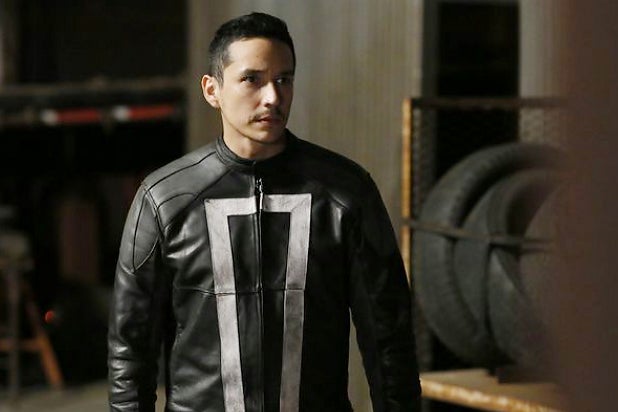 Marvel TV’s live-action “Ghost Rider” series is no longer moving forward at Hulu, an individual with knowledge of the project confirmed to TheWrap.

The series, which would have starred Gabriel Luna in the same role he played in Marvel’s “Agents of S.H.I.E.L.D.,” reached a creative impasse that could be not be resolved, the individual added. “Ghost Rider” was picked up along with another live-action series, “Helstrom,” which remains on track.

“Ghost Rider” revolved around the Robbie Reyes version of the character that Luna played on “S.H.I.E.L.D.” (Nicolas Cage played the Johnny Blaze version of the comic book character in a pair of films). Hulu described the character as a quintessential antihero, consumed by hellfire and supernaturally bound to a demon. Reyes lives on the Texas/Mexico border and when he unleashes the Rider, Robbie brings vengeance for the innocents he encounters, but struggles to control the power he wields.

Along with “Helstrom,” Hulu has a bunch of other series from Marvel TV, including the third season of “Runaways” and an upcoming animation slate that will debut in 2020. That includes four adult animated series — “Howard the Duck,” “M.O.D.O.K.,” “Hit-Monkey” and “Tigra & Dazzler” — that will culminate in a crossover special, “The Offenders.” The four series are being written and executive produced by the likes of Patton Oswalt, Kevin Smith, Chelsea Handler, and the “Blades of Glory” directing team of Josh Gordon and Will Speck.

Hulu is now majority-owned by Disney, following its purchases of 21st Century Fox’s film and TV assets. At the same time, Marvel TV’s corporate sibling, Marvel Studios, is developing its own slate of TV series for Disney+ starring characters from the big screen Marvel Cinematic Universe, as well as introducing new ones including Kate Bishop, Ms. Marvel, Moon Knight and She-Hulk.

Marvel TV also has “Cloak and Dagger” on Freeform, and one more season of “Agents of S.H.I.E.L.D.” next summer.

Deadline was first to report on “Ghost Rider.”