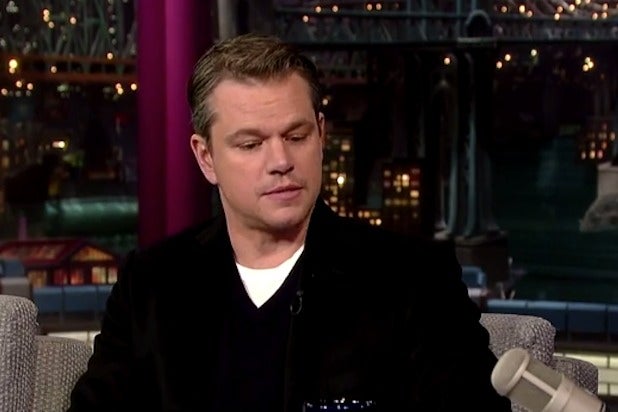 Alexander Payne‘s long-gestating dramedy “Downsizing” is coming back to life and Matt Damon is attached to star, an individual with knowledge of the project told TheWrap.

The slightly bizarre storyline will take place in a not-so-distant alternate future in which humans have perfected shrinking themselves as a means of saving resources — namely money. Damon’s character will consider undergoing the process when he finds himself down on his luck.

Payne wrote the script with his longtime collaborator, Jim Taylor, and has been trying to make the film since 2009, when stars like Paul Giamatti and Reese Witherspoon had shown interest.

Damon can soon be seen in a supporting role in Christopher Nolan‘s “Interstellar” and will soon begin filming “The Martian” for Ridley Scott. He is represented by WME.