“WandaVision” director Matt Shakman has closed a deal to direct the next untitled “Star Trek” film for Paramount and Bad Robot, according to an individual with knowledge of the project. Shakman was nominated for an Emmy earlier Tuesday for Outstanding Directing for a Limited or Anthology Series or Movie for “WandaVision.” The show from Marvel Studios garnered 23 Emmy nominations.

Plot details are being kept under wraps, including whether the new film will be set in the same universe as the previous trilogy of films starring Chris Pine and Zachary Quinto. The last entry in that series was 2016’s “Star Trek Beyond,” which was directed by Justin Lin and made $343.4 million worldwide. 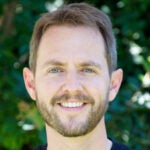 It’s expected that more details might be shared about the still-untitled film when Chicago hosts an official “Star Trek” convention that’s lined up for April 2022.

This is the latest “Star Trek” project in a long series of potential films that have started and stopped at the studio, including one by “Legion” creator Noah Hawley and another one that was being hatched by Quentin Tarantino.

“Star Trek” has remained top of mind for many fans in the last few years following the success of series like “Picard,” “Discovery” and even the animated “Lower Decks.”

Along with directing “WandaVision,” Shakman has also directed episodes of “Game of Thrones” “The Good Wife,” “Fargo” and “Mad Men.” “Shakman is also the artistic director of L.A.’s Geffen Playhouse.

Shakman is repped by UTA and Artists First.